Pheasants’ heads literally cool off as they prepare to fight • Earth.com 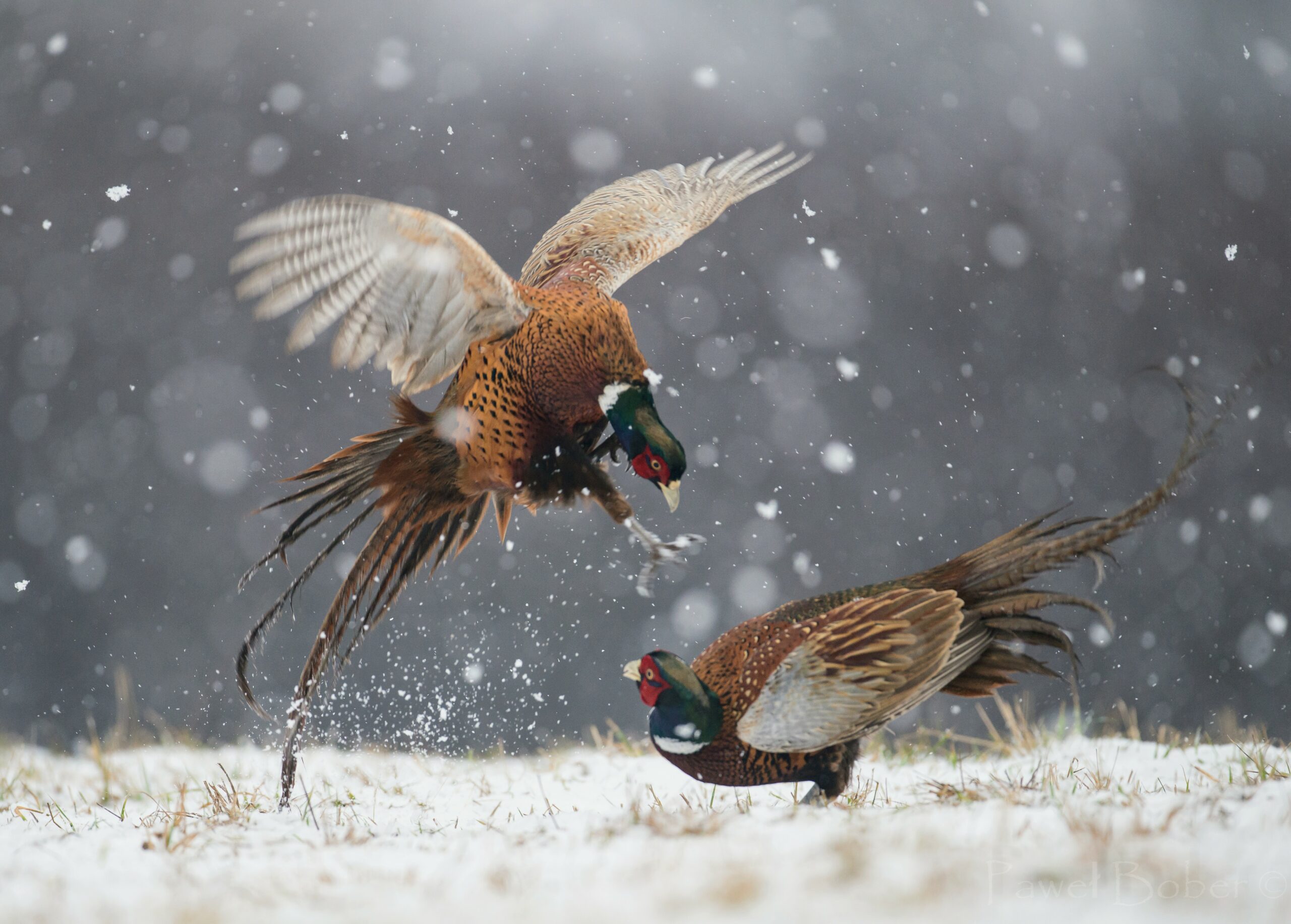 New research led by the University of Exeter has found that pheasants’ heads cool rapidly as they prepare to fight due to a stress response during which blood runs to the body’s core. Their heads then heat up again afterward, as normal blood flow is restored.

The researchers used thermal cameras to watch juvenile pheasants (six or seven weeks old), and see how their temperature changed during aggressive interactions that often occur in order to establish the “pecking order” – a term coined by the Norwegian zoologist Thorleif Schjelderup-Ebbe over a century ago to describe the dominance hierarchy characterizing many animal species.

“Thermal cameras provide a unique opportunity to non-invasively measure dynamic changes in physiological state over a short period of time,” explained study co-author Dr. Mark Whiteside, a behavioral ecologist and applied ethologist at the University of Plymouth. “Using this technique we were able to measure responses to aggressive interactions, in semi-natural environments, in real time.”

The researchers found that both the instigator and the recipient of the aggression grew more cool-headed before a fight due to a stress response common in multiple animal species, which is crucial in relocating the blood flow in parts of the body core where it is more useful during a fight.

“We were surprised that both individuals in these aggressive encounters followed a similar pattern of cooling and heating,” said study lead author Dr. Tim Fawcett, an expert in Animal Behavior, Evolution, and Behavioral Ecology at the University of Exeter.

“We expected that a fight would be more stressful for the pheasant on the receiving end of the aggression, and therefore that we’d see a stronger response in them. We can’t say for certain what causes this pattern, but it could be that maintaining a place at the top of the pecking order is just as stressful as being at the bottom.”

While both male and female pheasants followed a similar pattern of cooling and heating before and after a fight, the scientists found that females were cooler on average. Further research is needed to fully understand these gender differences.