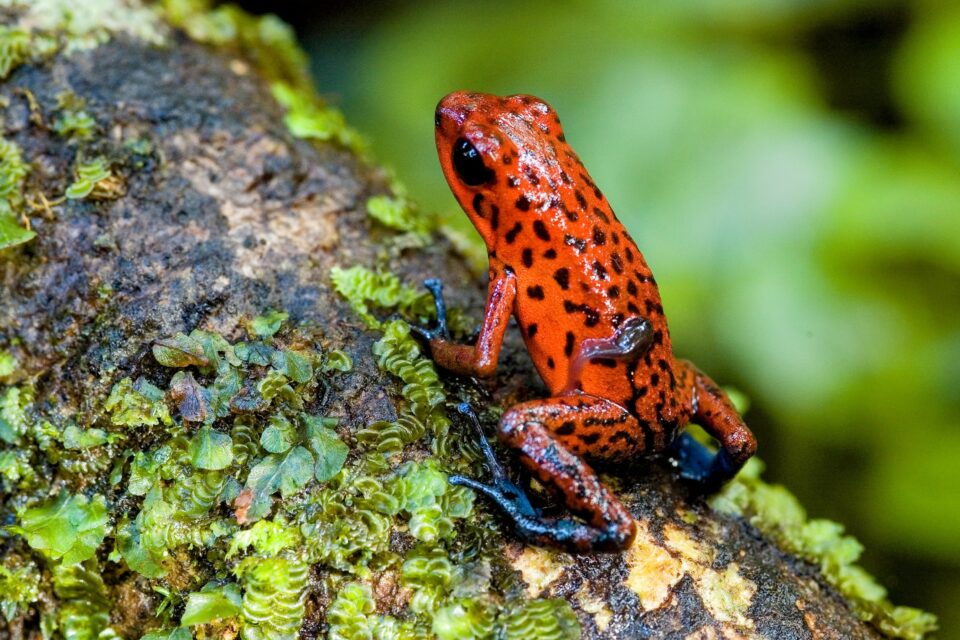 Animals are dependent on a source of environmental oxygen to produce energy in their cells. They make use of lungs, gills and skin in order to absorb the required oxygen into their blood streams. From there, it gets carried in blood vessels around their bodies and supplied to the cells and organs that need it.

Not so with plants. Plants also need oxygen to produce energy in their cells, but they make their own. The process of photosynthesis, which involves making food from water, carbon dioxide and the sun’s energy, produces oxygen as a by-product. If animals could photosynthesize, they would not be dependent on oxygen supplies from the environment but could simply harness the energy produced as a result of the photosynthetic process.

In fact, there are several examples of animals that do host living colonies of photosynthetic cells within their bodies. In nature, photosynthetic cells in the form of unicellular algae live harmoniously in sponges, corals, and anemones, providing them with oxygen and sometimes nutrients.

Professor Hans Straka, a neurobiologist at the Ludwig-Maximilians-University Munich, was investigating oxygen consumption in the brains of tadpoles when a chance lunchtime conversation with a botanist led him to wondering whether he could harness the power of photosynthesis to supply oxygen to the brains of tadpoles. In principle, he could not see why such a symbiotic relationship should not work, given that tadpoles are largely translucent and light would be able to shine into them and provide energy for photosynthesis.

To test this, he and a team of researchers from LMU in Germany, injected green, single-celled algae (Chlamydomonas renhardtii) or cyanobacteria (Synechocystis) into the hearts of Xenopus laevis tadpoles. The heartbeat then pumped the algae through the tadpole’s blood vessels until the algal cells reached the brain. When light was shone on the tadpole, not only did the animal turn bright green, but the algal species began to produce oxygen in significant quantities.

Straka and the team wished to determine whether the quantity of oxygen produced this way was enough to revive oxygen-deprived nerve cells in the tadpole’s brain. They placed the tadpole in a water bath that contained essential nutrients to keep the cells functioning, but they gradually removed the oxygen from the water until the brain cells ceased to send nerve impulses.

When they illuminated the tadpole’s head, thereby initiating photosynthetic activity in the algal cells introduced into its brain, the nerves became active again within 15 to 20 minutes. The revived nerves also performed as well or even better than before oxygen depletion.

“The algae actually produced so much oxygen that they could bring the nerve cells back to life, if you will,” said Straka, senior author of the research paper published today in the journal iScience. “For many people, it sounds like science fiction, but after all, it’s just the right combination of biological schemes and biological principles.”

“We succeeded in showing the proof of principle experiment with this method. It was amazingly reliable and robust, and in my eyes, a beautiful approach,” said Straka. “Working in principle doesn’t really mean that you could apply it at the end, but it’s the first step in order to initiate other studies.”

The researchers recognize that there would be many practical problems in introducing algal cells into the blood vessels of most organisms. Not the least of these would be the immune reaction that would occur in response, and the fact that small blood vessels would become blocked by the algal cells. However, they feel that their findings might someday be useful to treat symptoms of oxygen deprivation, for example in stroke victims or in underwater or high-altitude environments.

“You have to have new ideas and new concepts to explore; this is one of the ways science is driven,” said Straka. “If you are open-minded and think it through, all of a sudden, you can see all the possibilities from one idea.”