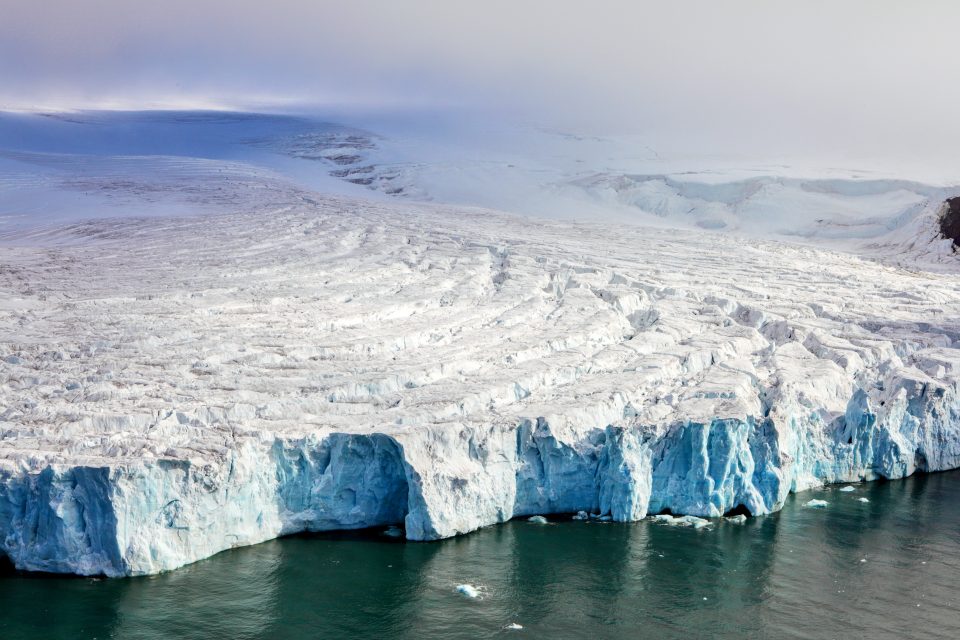 The main ice shelf that stabilizes the Pine Island Glacier is tearing away, which means the glacier will likely collapse into the ocean sooner than expected, according to a new study from the University of Washington.

“We may not have the luxury of waiting for slow changes on Pine Island; things could actually go much quicker than expected,” said study lead author Ian Joughin, a glaciologist at the UW Applied Physics Laboratory.

“The processes we’d been studying in this region were leading to an irreversible collapse, but at a fairly measured pace. Things could be much more abrupt if we lose the rest of that ice shelf.”

The ice held in the Pine Island Glacier is estimated at approximately 180 trillion tons. This is the equivalent of 1.6 feet of global sea level rise. The glacier is already responsible for much of Antarctica’s contribution to rising sea levels.

Copernicus Sentinel-1 satellite images revealed that Pine Island’s ice shelf lost one-fifth of its area in a few dramatic breaks from 2017 to 2020. When the researchers analyzed images from 2015 to 2020, they determined that recent changes on the ice shelf were not directly caused by melting.

“The ice shelf appears to be ripping itself apart due to the glacier’s acceleration in the past decade or two,” explained Joughin. The team found that two points on the glacier’s surface sped up by 12 percent between 2017 and 2020.

“The recent changes in speed are not due to melt-driven thinning; instead they’re due to the loss of the outer part of the ice shelf,” said Joughin. “The glacier’s speedup is not catastrophic at this point. But if the rest of that ice shelf breaks up and goes away then this glacier could speed up quite a lot.”

Joughin noted that other factors will influence whether the shelf will continue to crumble, such as the slope of the land below the glacier’s receding edge.

“The loss of Pine Island’s ice shelf now looks like it possibly could occur in the next decade or two, as opposed to the melt-driven subsurface change playing out over 100 or more years,” said study co-author Pierre Dutrieux, an ocean physicist at British Antarctic Survey. “So it’s a potentially much more rapid and abrupt change.”

“Sediment records in front of and beneath the Pine Island ice shelf indicate that the glacier front has remained relatively stable over a few thousand years. Regular advance and break-ups happened at approximately the same location until 2017, and then successively worsened each year until 2020.”