Pine needles can be used to measure air pollution • Earth.com 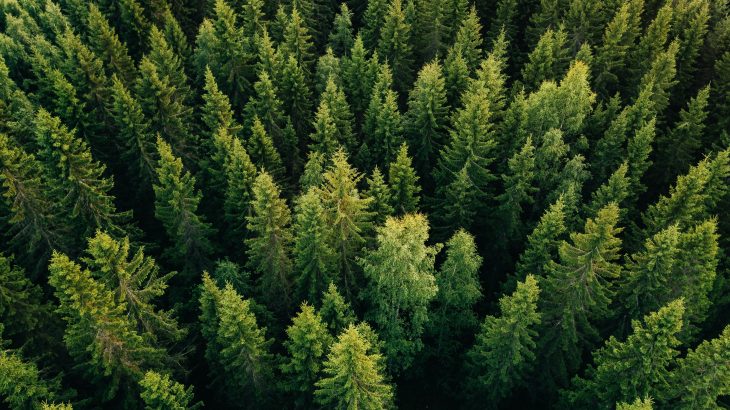 Pine needles can be used to measure air pollution

Evergreen trees hold a record of air quality in magnetic particles on their needles, according to a new study from the University of Utah. The research indicates that pine needles could serve as a simple and inexpensive source for measuring air pollution.

After examining the magnetism of particulate matter on the needles of evergreen trees, the researchers determined that the trees can be used for monitoring air quality year-round.

“Wherever you have a tree you have a data point,” said study co-author Grant Rea-Downing. “A tree doesn’t cost $250 to deploy. We’ll be able to map particulate matter distributions at a very high resolution for very little cost.”

In collaboration with Professor Pete Lippert and fellow geoscientists, Rea-Downing measured the magnetism of deciduous leaves.

“Day to day, we move mountains and close ocean basins by using the magnetism of rocks to figure out the geography of former continents,” said Professor Lippert. “I knew the students would kind of have their minds blown by what the study showed, and what the implications of the findings were.”

Fine particle pollution comes from many sources, including the burning of fossil fuels, vehicle exhaust, and forest fires. “That’s stuff in the air, and it’s got to come out sometime.”

Some of these particles contain iron that can be detected by a type of high-precision magnetometer used by Professor Lippert.

He explained that the iron-bearing particulate matter in the air can be too small to see, but magnetism is a way to see the unseen.

Rea-Downing was impressed with Professor Lippert’s work, and knew this method could be easily applied to test the air in Salt Lake City, which was much different than the cleaner air he was used to on the California coast.

“The kind of hill to climb to do this was actually quite flat,” said Rea-Downing. “We have trees outside, we have seasonally bad air quality and we have a fully equipped paleomagnetic lab, which means that I literally just had to walk outside and pull some leaves off some trees and stick them in a magnetometer.”

“We’re not the first to explore the magnetism of pine needles to monitor air quality, but no one had tried this to study winter inversions in the basins of the American West,” said Professor Lippert.

The researchers focused their investigation on four Austrian pine trees on campus, three of which were close to traffic. They collected pine needles from the trees twice: in June of 2017 after a summer of relatively good air and in December of 2017 during some of the winter season’s worst air quality.

The team also looked at the elements that were contained in the fine particles. Professor Lippert said the amounts of iron in the dust correlated with amounts of other elements like titanium, vanadium, zirconium, and a variety of other things that are associated with brake dust or fossil fuel combustion. He noted that other elements in the particulate matter were associated with catalytic converters, which use chemical catalysts to detoxify exhaust. “And those concentrations, no surprise, are highest near the roadside.”

The researchers found that there was a decline in the the concentration of magnetic particles among trees that were over a distance of 50 to 150 feet from the traffic. This improvement was possibly due to the slight elevation of the trees as well.

The team has now joined forces with atmospheric scientist Gannet Hallar and chemical engineer Kerry Kelly to explore some of the questions raised by the study.

“We have a lot of trees out on the landscape already. They’re a pretty low cost. So this democratizes our ability to monitor air pollution across the valley. This is easily exportable to any community. It allows us to do more with less, or that’s our hope,” said Professor Lippert.

The study is published in the journal GeoHealth.