Plant genes identified that could protect crops from drought • Earth.com 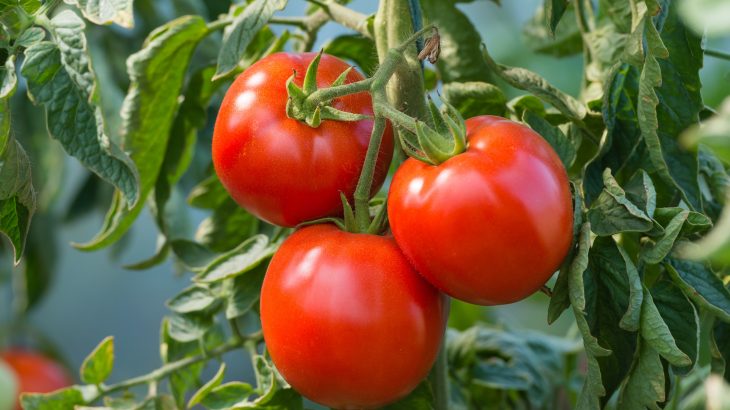 Plant genes identified that could protect crops from drought

Scientists at UC Davis have identified plant genes that can be used to protect tomatoes and other crops from the damaging effects of drought. Discoveries made in this study could ultimately help crops survive the hotter, drier climate that is projected for Earth’s future.

Over the last ten years, the research team has been constructing a molecular map of crop roots, which is where the effects of drought are first detected by plants.

The researchers gained an exceptional understanding of root functions by combining genetic data from different cells of tomatoes grown both indoors and outdoors.

“Frequently, researchers do lab and greenhouse experiments, but farmers grow things in the field, and this data looks at field samples too,” said study co-author Professor Neelima Sinha.

The study unveiled the plant genes that control the development of three key things, including the xylem – vessels that transport water and nutrients from the roots all the way up to the shoots.

“Xylem are very important to shore up plants against drought as well as salt and other stresses,” said lead study author Professor Siobhan Brady.

The second key set of genes that have been identified by the team are those that regulate the production of lignin and suberin in an outer layer of the root. Suberin surrounds plant cells in a thick layer, holding in water during drought.

Crops like tomatoes and rice have suberin in their roots, while apples have suberin surrounding their outer cells. No matter where it is found, suberin prevents the plant from losing water.

“Suberin and lignin are natural forms of drought protection, and now that the genes that encode for them in this very specific layer of cells have been identified, these compounds can be enhanced,” said study co-author Professor Julia Bailey-Serres.

“I’m excited we’ve learned so much about the genes regulating this moisture barrier layer. It is so important for being able to improve drought tolerance for crops.”

The meristem is a region of plant tissue at the growing tip of each root. This tissue contains all the cells that make up the root. According to the study, the genes that encode for a plant’s meristem are very similar between tomato, rice, and Arabidopsis, a weed-like model plant.

“It’s the region that’s going to make the rest of the root, and serves as its stem cell niche,” said Professor Bailey-Serres. “It dictates the properties of the roots themselves, such as how big they get. Having knowledge of it can help us develop better root systems.”

Professor Brady explained that when farmers are interested in a particular crop, they select plants that have features they can see, such as bigger, more attractive fruits. It is much more difficult for breeders to select plants with properties below ground.

“The ‘hidden half’ of a plant, below ground, is critical for breeders to consider if they want to grow a plant successfully,” said Professor Brady. “Being able to modify the meristem of a plant’s roots will help us engineer crops with more desirable properties.”

While the current study was focused on only three plants, the researchers believe that the findings can be applied more broadly.

“Tomato and rice are separated by more than 125 million years of evolution, yet we still see similarities between the genes that control key characteristics,” said Professor Bailey-Serres. “It’s likely these similarities hold true for other crops too.”