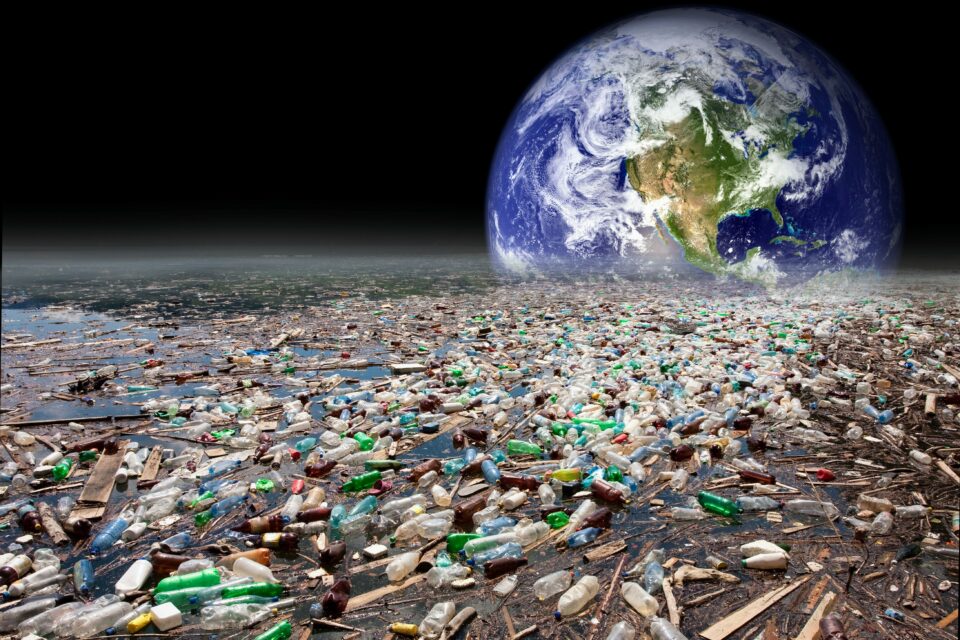 According to a new report by the Environmental Investigation Agency (EIA), plastic pollution should be considered a planetary emergency. The experts are urging for a binding United Nations (UN) treaty to regulate the production, consumption, and environmental dispersal of the toxic plastic materials that are currently found in soils, foods, and even the air that we breathe (in the form of micro-particles).

The United Nations has identified three major “existential environmental risks” – climate change, loss of biodiversity, and pollution – and argued that they are intricately connected and should be addressed together. While formal multi-national agreements aiming to curb climate change and biodiversity loss have existed since over three decades, no treaty dedicated to plastic pollution has yet been proposed.

“There is a deadly ticking clock counting swiftly down,” said Tom Gammage, a marine biologists and campaigner at EIA. “If this tidal wave of pollution continues unchecked, the anticipated plastics in the seas by 2040 could exceed the collective weight of all fish in the ocean.”

“The visible nature of plastic pollution has generated huge public concern but the vast majority of plastic pollution impacts are invisible,” he explained. “The damage done by rampant overproduction of virgin plastics and their lifecycle is irreversible – this is a threat to human civilization and the planet’s basic ability to maintain a habitable environment. It’s becoming almost as serious as the threat from climate change.”

According to Professor Richard Thompson, an expert in plastics at the University of Plymouth, advocating policies that would merely promote the use of recyclable plastics will not be effective if no local infrastructure to collect, separate, and viably recycle those plastics exists. The UN treaty should thus focus on the full life-cycle analysis of plastics, and addressing the highly unsustainable levels of production and consumption.

“The question now is, what will that treaty look like?” asked Trisia Farrelly, a plastics researcher at Massey University, New Zealand. “Will there be a weak form that focuses on marine litter and waste management? Or will there be a resolution that includes the full life cycle of plastics including extraction and production right through to remediation of legacy pollution?”

Regardless of the form this treaty will ultimately take, “there is more than enough evidence to know that we have to act with urgency to prevent further irredeemable damage caused by plastics pollution,” she concluded.