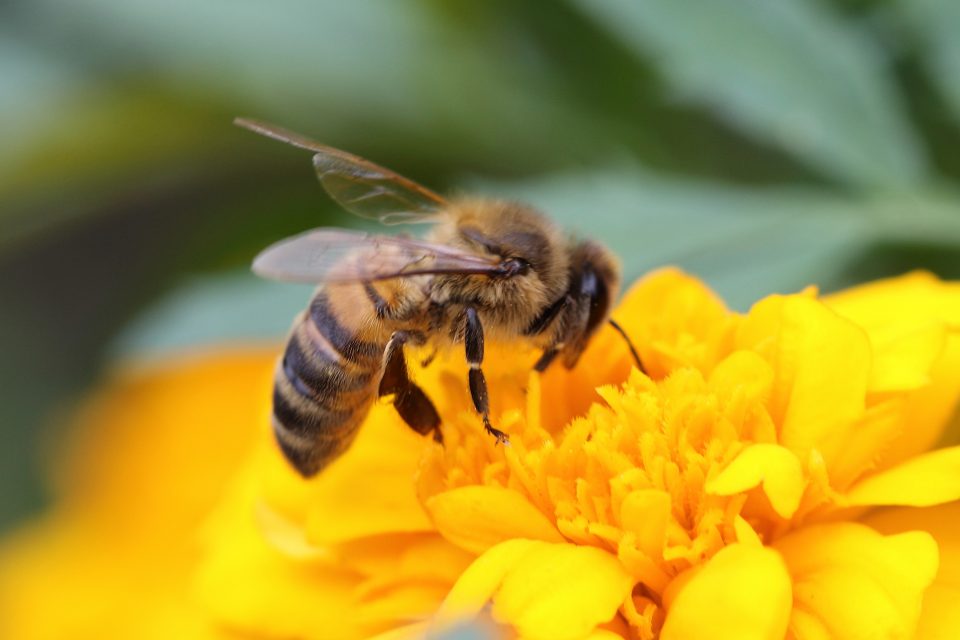 Pollinators existed long before flowers, new research suggests. Which came first, the flower or the pollinator?

The mutually beneficial relationship between angiosperms (flowering plants) and pollinating insects is the result of millions of years of coevolution.

But as far as which came first, a new study is shedding insight on some of the Earth’s earliest pollinators which evolved long before flowers started blooming.

The research, published in the journal Gondwana Research, shows that early insects likely first pollinated gymnosperms like conifers until flowering plants evolved in the Cretaceous period.

Researchers from the Borissiak Palaeontological Institute in Russia focused on a late Jurassic insect, the Archocyrtus kovalevi fly, which was first described in 1996.

After examining the specimen, the researchers found that it contained an extremely long proboscis which the fly would have used to suck up nectar from plants. The drinking straw-like mouthpart was nearly twice as long as the insect itself.

Previously it was assumed that the appendage was actually the imprint of a piece of vegetation in a fossil of the specimen, but the researchers realized it was actually a body part.

Archocyrtus kovalevi is about 40 million years older than the emergence of angiosperms, and so the discovery of its nectar-sucking proboscis is remarkable.

“Finding a fossil insect of that age with such a wonderfully long proboscis is like finding a caveman with an AK-47,” Alexander Khramov, the lead author of the study, told New Scientist.

The long proboscis may have aided the insect as it gathered up nectar from gymnosperm cones.

Another potential explanation for the insect is that angiosperms evolved sooner than fossil records show, but the researchers think this is probably not the case.