Porpoises are steadily declining in the German North Sea • Earth.com 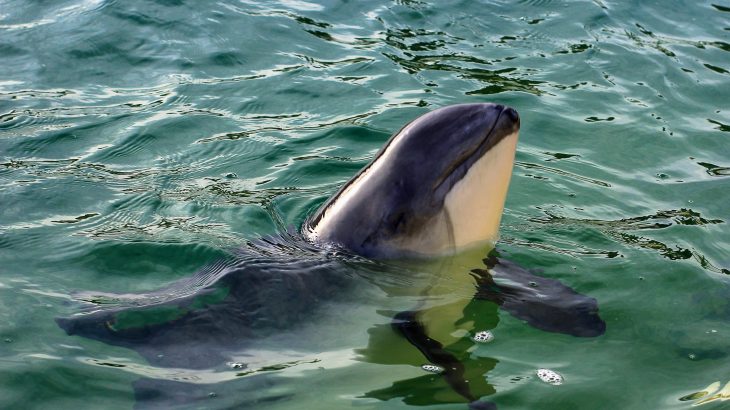 Porpoises are steadily declining in the German North Sea

Greater conservation efforts are needed to protect harbor porpoises in the North Sea, according to a study published by Frontiers. The researchers investigated how this particular porpoise population has been handling the stress of human disturbances, such as heavy ship traffic, fisheries, offshore oil rigs, and wind farms.

The harbor porpoise is known as a “sentinel species,” which can be studied to measure the overall health of an ecosystem and identify potential risks. The researchers found that the porpoises are in a state of steady decline in the North Sea.

“The trend seen here is concerning,” said study co-author Dr. Anita Gilles. What is especially troubling is the fact that harbor porpoises have experienced a substantial decline in protected areas, such as the Special Area of Conservation (SAC) Sylt Outer Reef. These areas are specifically designated to keep marine life safe. In that particular region, the harbor porpoise population declined by an average of 3.79 percent per year. The experts determined that by contrast, the population increased to the south, which may signify a shift in distribution.

To estimate the numbers of harbor porpoises, Dr. Gilles and her colleagues surveyed small parts of the sea at a time and then conducted aerial surveys.

“Knowing the abundance of a population is at the heart of ecology, but extremely challenging for mobile species in a rapidly changing marine environment like the North Sea,” said Dr. Gilles.

Study co-author Sacha Viquerat developed an innovative framework for trend analysis, which was based on two decades of surveys.

“After almost 20 years of systematic data collection… we now have a wealth of data at hand,” said Dr. Gilles. This data can help drive legislation to aid conservation efforts. “Abundance, distribution, and trends are key for EU and other legislative instruments, and for marine conservation management in general.”

Study co-author Dominik Nachtsteim is hopeful that the survey design and data analysis methods can be used in other regions. This study was limited to the German North Sea, meaning that population counts and observed trends in the broader North Sea are missing.

The experts theorize that the steady decline of harbor porpoises in the North Sea is due to an increase in human activities, a change in prey availability, a distribution shift. “Most probable, it is a mixture of different causes and cumulative effects,” said Dr.. Gilles.”We urgently need more research into the drivers of change.”