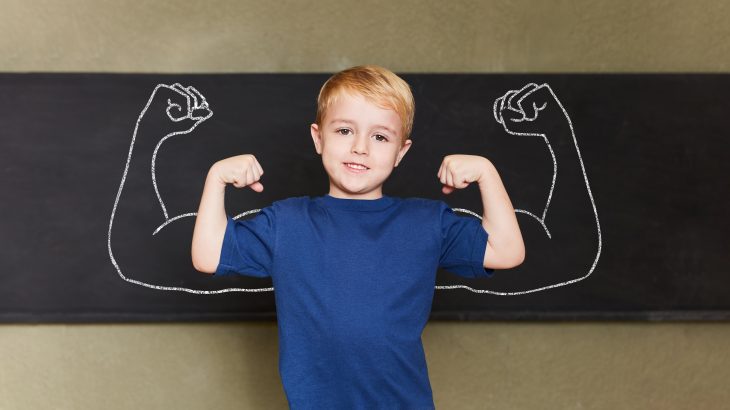 Good body posture implies that you are confident, while slouching indicates a lack of self-esteem. The way you carry your body subliminally influences how you are perceived by others, and a growing collection of research suggests posture influences how you feel about yourself.

Previous studies have found that “power posing,” or holding the body in commanding positions, can immediately make a person feel more empowered.

A study from Harvard even found that two minutes of power posing raises levels of testerone, a hormone that is associated with power and dominance.

“Body language is not just about expressing feelings, it can also shape how a person feels,” said study lead author Robert Körner of the MLU Institute of Psychology. “Power posing is the nonverbal expression of power. It involves making very bold gestures and changes in body posture.”

The MLU study is the first of its kind to examine the effect of power posing among children.

According to Körner, children are able to recognize and interpret the body posture of others from the age of five.

Next, the children completed a series of psychological tests. The participants who had assumed an open posture reported higher levels of self-esteem and indicated they were in a better mood compared to the children who did not engage in power poses.

The effects were even more profound when the children answered questions about school.

“Here, power posing had the strongest effect on the children’s self-esteem,” said Körner. “Teachers could try and see whether this method helps their students.”

The results are consistent with previous findings on power posing. However, this concept remains controversial in the field of psychological research.

Some of the effects on mood or behavior could not be replicated, but many other psychological studies have the same limitations.

“To make our study even more objective and transparent, we pre-registered it and all of the methodology. This means that we specified everything in advance and could not change anything afterwards,” said Körner.

The study is published in the journal School Psychology International.