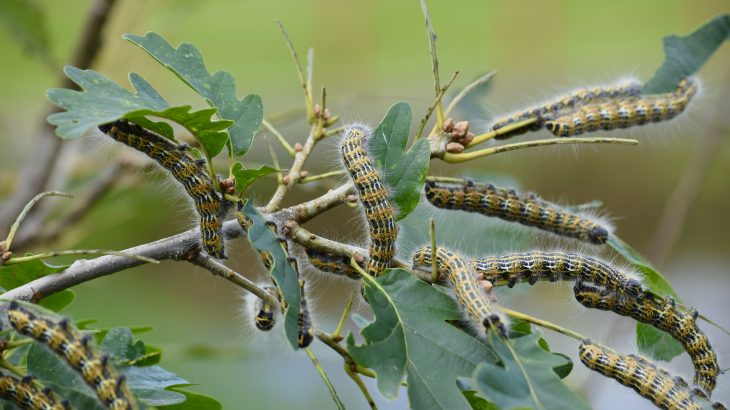 In a breakthrough study, experts at the University of Delaware have identified the powerhouse plants that are most critically needed to support food webs across the United States. The researchers have pinpointed the top plants in each bioregion, essentially creating a guide for restoring ecosystems anywhere in the country.

According to the experts, caterpillars of the Lepidoptera species are the biggest moving forces that transfer energy up the food chain. The researchers explained that caterpillars and other insects need to be surrounded by native plants to thrive, particularly those that have evolved alongside insects over millions of years.

The new study has revealed that only a few powerhouse plants support the majority of Lepidoptera, and that 90 percent of what caterpillars eat is created by only 14 percent of native plant species. Furthermore, only five percent of the powerhouse plants are responsible for 75 percent of food, and this pattern is consistent throughout the United States.

“Most people talk about a food chain as if it’s linear. In a diagram, these connections look like a web rather than a simple chain,” said study lead author Professor Doug Tallamy. “Take a keystone native plant like an oak tree. More than 500 types of caterpillars can eat that oak tree. That allows for a more complex and, thus, more stable food web.”

While it has already been established that native plants are much better for an ecosystem than non-native plants, the new research zeroes in on the most important native plants.

“There are certain native plants, and there are actually not that many of them, that are doing the bulk of the work,” said Professor Tallamy. “So, if you build landscapes without these powerhouse plants that support caterpillars, the food web is doomed.”

Out of more than 2,000 plant genera in the mid-Atlantic region, the experts categorized 38 as powerhouse plants, including trees like native oaks and willows. Some of the herbaceous plants that made the list are goldenrod, asters, and perennial sunflowers.

Professor Tallamy was surprised by just how significant the difference was between powerhouse plants and other native species.

“The magnitude of the differences surprised us. It’s not just a steady continuum where you have all of your native plants lined up and, from one plant to the next, there’s a gradual decrease in productivity. It is extremely skewed toward these powerhouse plants.”

While butterflies are known for their beauty, the tastier moth caterpillars do most of the work of transferring energy to predators. “You hear a lot about butterfly gardens. We need to think more about Lepidoptera gardens that include moths, who are the biggest driver of the food web,” explained Professor Tallamy.

“Insects pollinate 90% of our flowering plants. Without insects, we’d lose these plants, which collapses the food web. We’d lose amphibians, reptiles, birds, mammals and even some freshwater fish.”

Insects are also a critical component of soil decomposition. They unlock dead plant and animal material and revive the nutrients in the soil. Fungi and bacteria also have this talent, noted Professor Tallamy, but they are significantly slower than insects.

“If insect populations continue to decline, the Earth will rot. Humans will not survive such a drastic change. Insects are essential not just to our well-being, but to our continued existence on Earth.”