Predators that survived Pleistocene extinction had the most flexible diets • Earth.com 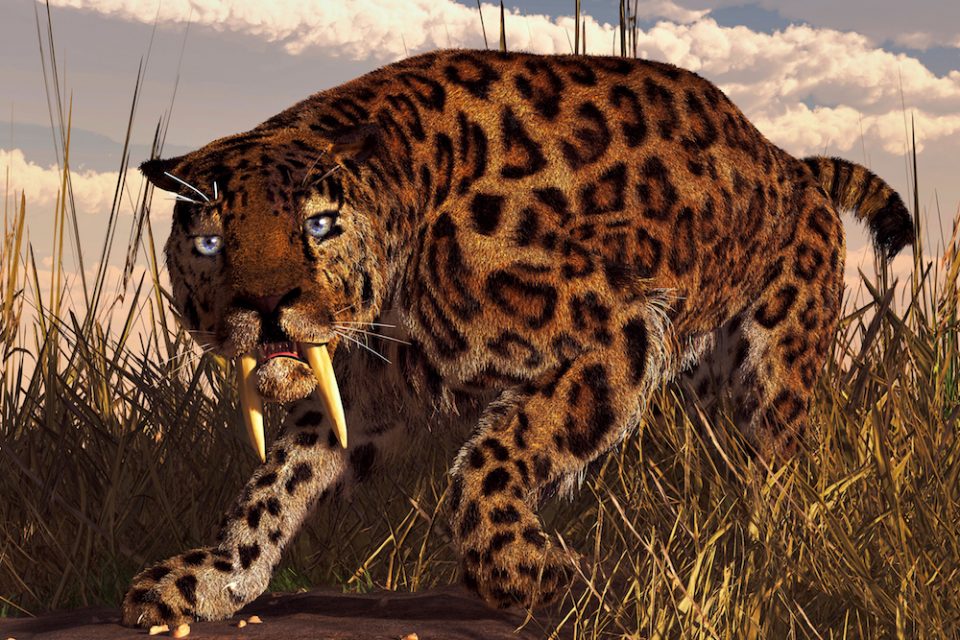 Predators that survived Pleistocene extinction had the most flexible diets

A recent study of ancient predators trapped in the La Brea Tar Pits has revealed why coyotes persisted into modern-day America as opposed to saber-toothed cats. The research, which is the most comprehensive of its kind, suggests that predators whose descendants are still alive today are those that had the most flexible diets.

Larisa DeSantis, a paleontologist at Vanderbilt University, has spent the last decade visiting the La Brea Tar Pits to analyze the teeth of extinct species such as American lions, saber-toothed cats, and dire wolves. DeSantis has also examined teeth from gray wolves, cougars, and coyotes.

The results of the long-term analysis contradict the idea that megafaunal extinction during the Pleistocene was driven by competition for prey among carnivores. This is because the carnivores did not share the same foraging behavior. Just like cats and dogs today, one preferred chasing down prey in open fields, while the other preferred stalking prey in forested areas.

“Isotopes from the bones previously suggested that the diets of saber-toothed cats and dire wolves overlapped completely, but the isotopes from their teeth give a very different picture,” said DeSantis. “The cats, including saber-toothed cats, American lions and cougars, hunted prey that preferred forests, while it was the dire wolves that seemed to specialize on open-country feeders like bison and horses.  While there may have been some overlap in what the dominant predators fed on, cats and dogs largely hunted differently from one another.”

To study the ancient predators, DeSantis shaved tiny bits of enamel off of preserved teeth for chemical analysis. She explained that information about everything the animal ate lies within the isotopes. In addition, the wear patterns on teeth indicate whether bones or flesh were eaten.

According to DeSantis, it is likely that giant predators went extinct due to climate change, the arrival of humans, or a combination of the two. In a separate study, her team is working to clarify the cause of the Pleistocene extinction by collaborating with experts across six institutions.

One thing that is known for certain is that large predators alive in the Americas today were better able to adapt their diets. They were able to feed on large prey, hunt small mammals, or scavenge from carcasses.

“The other exciting thing about this research is we can actually look at the consequences of this extinction,” said DeSantis. “The animals around today that we think of as apex predators in North America – cougars and wolves – were measly during the Pleistocene. So when the big predators went extinct, as did the large prey, these smaller animals were able to take advantage of that extinction and become dominant apex-predators.”