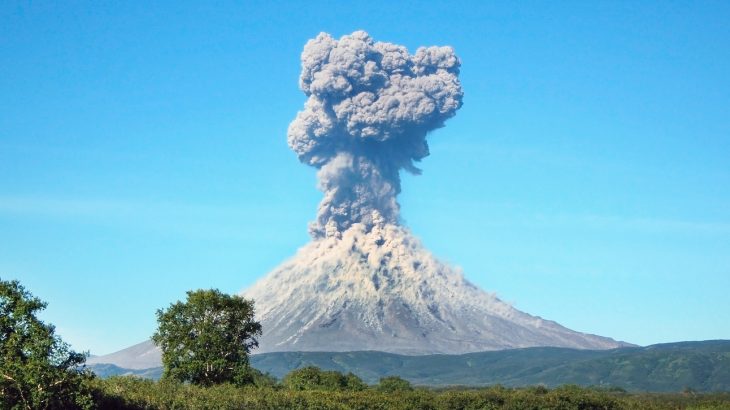 Researchers working with the American Institute of Physics have constructed a model drawing on chaos theory to help predict how particles move through the atmosphere after being emitted from a large geological event like a volcanic eruption or industrial accident. The hope is that by understanding how these particles travel, the model could be used to combat climate change.

Researcher Tímea Haszpra used available wind data to develop the model, which follows air particles as they move around the globe. She was then able to generate maps using this information to predict how particles from specific events could be dispersed within the atmosphere.

“One of the most surprising parts of the research is the wide range of individual lifetimes,” she said. “Lifetimes ranged from about two to 150 days for typical volcanic ash particles. More than 10% of smaller particles survive in the atmosphere as much as one year, and more than 1% survive two years.”

When moving about the atmosphere, a chaotic particle’s motion is fractal, and is governed by a “chaotic saddle.” When mapped out, the paths of each particle show properties that are united by the changes in atmospheric flow, like sitting on the saddle, before they fall off the saddle and touch down on Earth. 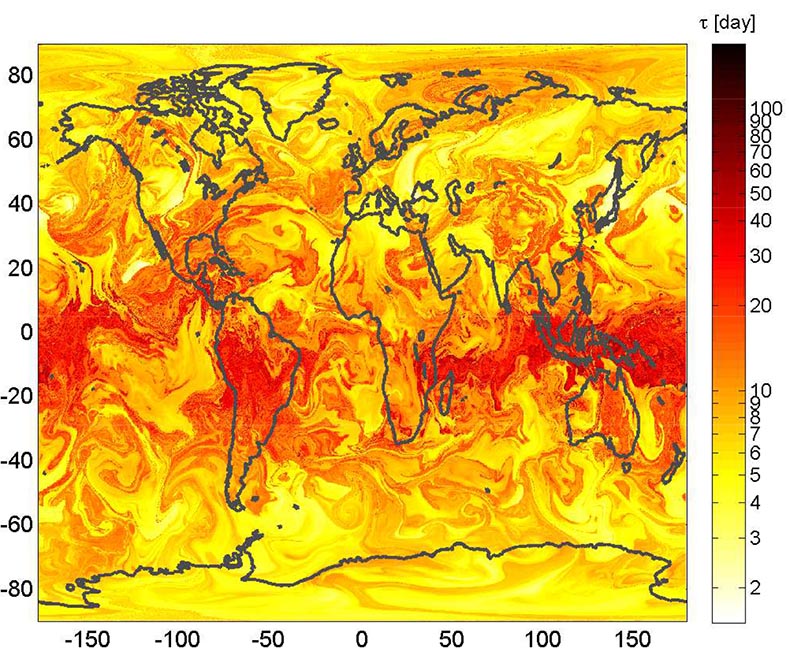 Particles usually stay in the air for about a month before falling. However, Haszpra found that some particles in one area of a map could stay in the atmosphere up to 10 times longer as nearby particles. The lifetimes depend on seasons.

These findings, published in Chaos, could potentially inform future efforts that have been priorly suggested to use sun-reflecting air particles to counteract climate change. Haszpra plans to expand on these findings to incorporate historical meteorological data and climate models to better understand how particle dispersion could change depending on the changing climate.