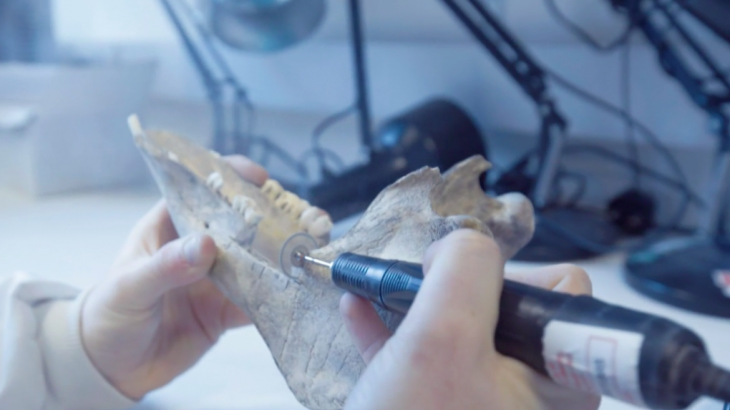 A team of archeologists led by Dr. Richard Madgwick of Cardiff University have discovered evidence of prehistoric large-scale celebrations at four different Late Neolithic locations near Stonehenge. These new findings show that people and animals traveled for miles to participate in the festivities held at these richly historic and profound places.

The new study, published in Science Advances, is the most comprehensive to date. Researchers examined 131 pig bones dating back to the Late Neolithic era (c. 2800-2400 BC). These artifacts, left behind by Britons who traveled far and wide to attend these huge feasts, were found at Durrington Walls, Marden, Mount Pleasant, and West Kennet Palisade Enclosures.

In fact, researchers say the bones at these sites were from animals who were raised as far away as Scotland, North East England, and West Wales.

“This study demonstrates a scale of movement and level of social complexity not previously appreciated,” Dr. Madgwick stated. “These gatherings could be seen as the first united cultural events of our island, with people from all corners of Britain descending on the areas around Stonehenge to feast on food that had been specially reared and transported from their homes.”

To determine where the pigs came from, the team used isotope analysis on the bones to detect chemical signals from the food and water that the animals consumed. Pigs were seemingly the most favorable animals to feast on, and researchers believe it may have been important for people to bring their own pigs to the celebrations.

“Arguably the most startling finding is the efforts that participants invested in contributing pigs that they themselves had raised. Procuring them in the vicinity of the feasting sites would have been relatively easy,” Dr. Madgwick continued. “Pigs are not nearly as well-suited to movement over distance as cattle and transporting them, either slaughtered or on the hoof, over hundreds or even tens of kilometres, would have required a monumental effort.”

“This suggests that prescribed contributions were required and that rules dictated that offered pigs must be raised by the feasting participants, accompanying them on their journey, rather than being acquired locally,” he said.