The next president of Brazil could devastate the Amazon rainforest • Earth.com 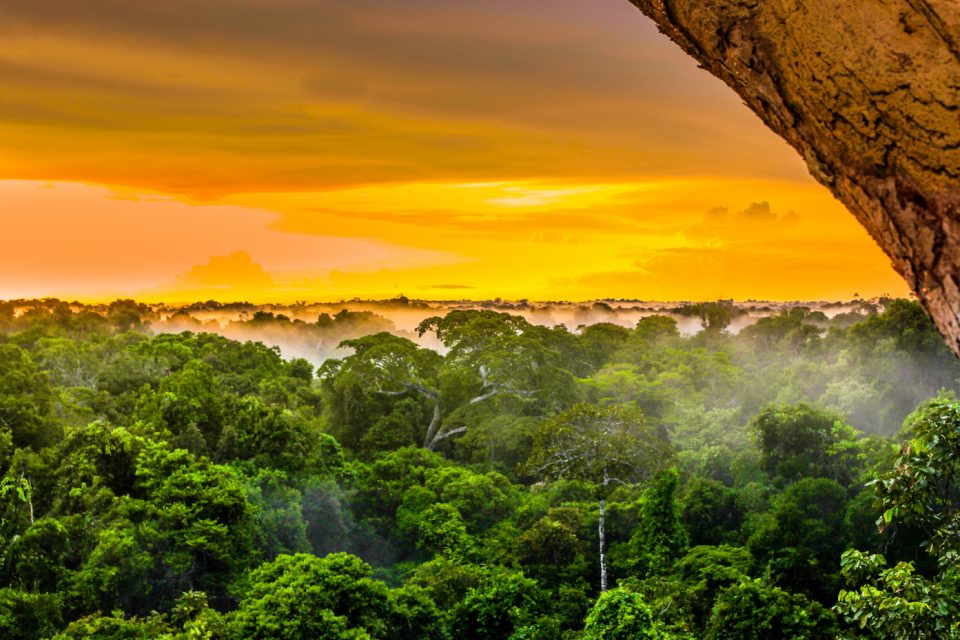 The next president of Brazil could devastate the Amazon rainforest

With the U.S. midterm elections quickly approaching, many in the States may be so focused on domestic politics that you might wonder: why should I care about who the next president of Brazil will be?

There are a couple of reasons why the next president of Brazil is important.  First is that the physical world, the world non-humans live in, the world of rocks and water, trees is not a world that recognizes political boundaries.  The Amazon Rainforest is the largest in the world at 1.2 billion acres, containing 10% of the earth’s known species.  The whole of the Amazon Rainforest is contained within the borders of nine different nations. A full 60% of the Amazon is in Brazil.  The next largest amount is the 13% of the rainforest governed by Peru.

I’ve visited the Ecuadorian Amazon, and even though less than 10% of the Amazon is in Ecuador, that small fragment is a wonderland like few places I’ve visited.  The Amazon is a place patrolled by ants in ancient relationships with trees and fungi. Orchids bloom from tree branches, sloths hang, hidden in lichen spotted coats.  Everything bursts with violent life quickly eaten up by other life. There are 16,000 species of trees in the Amazon. Drugs that rattle the senses with psychedelic epiphany are known by tribespeople.  Other drugs lie hidden in plants, frog venom and fungi waiting perhaps to cure cancer or kill. Mongabay reported in 2012 that 25% of plants used in modern medicine were produced in the Amazon.

The Amazon is like no other place on Earth, a place that reflects in some ways the deep connection between humans and the rest of the world.  The Amazon is a hidden store of knowledge and also a giver of life.

The Amazon Rainforest has been described as the lungs of our planet.  According to the Rainforest Foundation, this isn’t exactly true.  Only 20% of our oxygen is produced by rainforests, 80% being produced by microorganisms in the ocean.  It’s important to note that the Amazon Rainforest has an important impact on the Atlantic Ocean as well.  According to NASA’s Earth Observatory, 7,740,000 cubic feet of water flow from the Amazon River into the Atlantic, every second.

As the water from tributaries in the high Andes mountains melt out of the snow, as the river twists and turns its way 4,049 miles through the rainforest, something important happens.  Fungi, leaves, rotting wood, dead animals, nutrient rich soil, all mix into the water. Fish defecate. Parrots drop seeds. The water that bursts into the Atlantic is not water alone but a fertile brew of nutrient rich tea.  The nutrition from the Amazon feed microorganisms (including cyanobacteria), which also create oxygen and feed fish, some which people eat. It’s unknown the full extent of the relationship between the world’s oceans and the Amazon but it’s clear that the world’s largest river is important to the Atlantic and the forest on the banks of that river is important as well.

Whether you ever visit the Amazon or not, you may breathe air that was created by an Amazonian tree.  You enjoy weather patterns wrapped into a global whole which includes the Amazon. Fresh water, fertile land for banana and coffee plantations, gorgeous house plants are all products of the Amazon.  The greatest jungle in the world, a land of piranhas, crocodiles, monkeys and tarantulas is a part of your world whether or not you know it. The people, animals and plants that live there depend on people they’ve never met in their restraint.

Jair Bolsonaro is running for president in Brazil and threatens the world’s largest rainforest in doing so.  In just six days on the 28th of October, Bolsonaro is set to win the presidential election, polling recently at 58% with voters.

According to Mongabay, Bolsonaro has vowed to open the Amazon for exploitation like no one before him.  Bolsonaro has said he would abolish Brazil’s Environmental Ministry, saying it will be absorbed by the Ministry of Agriculture.  Brazil is a unique country, having set aside large pieces of land for indigenous peoples. Survival International reports that there are 240 tribes living in Brazil, making up .4% of the nation’s overall population.  Brazil’s government has recognized 690 territories for indigenous peoples, setting aside about 13% of Brazil’s total landmass.  60% of that Indigenous territory is located in the Amazon Rainforest. In a speech Bolsonaro revealed his plans for Indigenous communities and quilombos, communities of quilombolas the descendants of runaway slaves recognized by the Brazilian constitution,

“You can be sure that if I get there [to the Presidency], I will not have money for NGOs. If it depends on me, every citizen will have a firearm at home [to defend their property, and] there won’t be one centimeter [or inch] demarcated for indigenous reserves or quilombolas.”

Mongabay goes on to quote Bolsonaro again at a street campaign event, saying that the government must work for the majority, implying that the minorities might simply disappear.  Bolsonaro has said he wants to open up mining even on Indigenous lands and economic exploitation of the Amazon including more dam projects in the region.

Bolsonaro also wants to follow in the footsteps of Trump, his American counterpart, and pull Brazil out of the Paris Climate Accords.

In another way Bolsonaro mirrors Trump with sexist and hateful rhetoric.  Time reports that the presidential candidate told a congresswoman she’s ‘not worthy’ of sexual assault.

Also disturbing is that if he’s elected president, Bolsonaro might have strong support from Brazil’s congress, leaving only the country’s Supreme Court standing between Bolsonaro and achieving his goals.

There are some signs that Bolsonaro faces strong resistance from indigenous peoples, from women’s groups, from environmentalists and others.  If our own recent history is any indication, they need as much support as they can get.  When you think that as an outsider you have no place in another country’s politics, consider the influence America has on the rest of the world already.  Consider the importance of a whole world to everyone. The eyes of the world should be on Brazil and the Amazon.