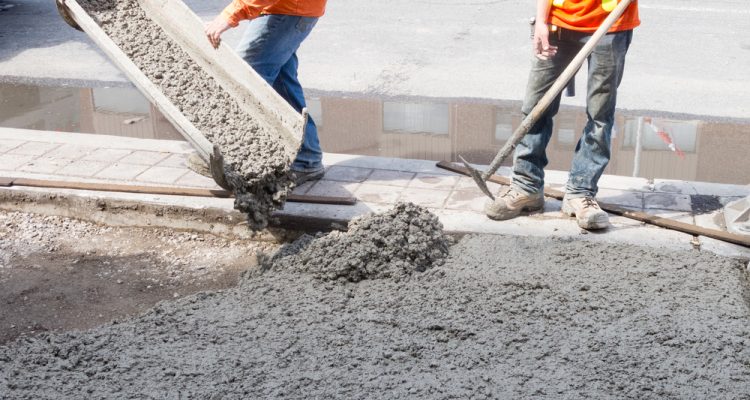 Materials scientists at Rice University have taken a very close look at the binders used in construction, in hopes of creating eco-friendly programmable cement.

Led by Dr. Rouzbeh Shahsavari, the team of scientists dug down to the microscopic level so they could study the semi-crystalline particles that make up cement. Through experimentation, the team was able to watch the crystallization of the calcium-silicate hydrate particles that make up cement through nanoscale reactions, a process called morphogenesis.

Using the knowledge gained in those experiments, the scientists were able to synthesize C-S-H particles in a variety of shapes and sizes, rather than their natural blobby form.

That led the scientists to an unsurprising conclusion: cement made from particles of ordered shapes and sizes is more durable and less porous.

The new cement-making process is greener than the current one for a couple of solid reasons. Stronger cement means stronger concrete, and stronger concrete means less can be used in the building process, the researchers said. Since concrete production is a top greenhouse gas producer, being able to use less may be good news for the atmosphere.

By making cement less porous, it also better protects materials inside or underneath from chemicals, Shahsavari said.

The morphogenesis process created by the team uses the “seed particles” to control how the rest of the particles in the programmable cement form. It involves adding positive or negative ionic surfactants and calcium silicate in small amounts to C-S-H, then exposing the mixture to carbon dioxide and ultrasonic sound to create the desired particle shapes. Once the seed particles settle on a shape, the rest follow their lead.

The team has collected its data into a morphology diagram that can serve as a recipe for builders and manufacturers.

The techniques the team used can be adapted for other uses, Shahsavari said, both with building materials like ceramics or colloids, or for medical purposes like bone tissue engineering or drug delivery.

The study was published in the Royal Society of Chemistry’s Journal of Materials Chemistry A. The research was funded by the National Science Foundation and the Department of Energy.