Prosecco production is eroding the steep hillsides of Italy • Earth.com 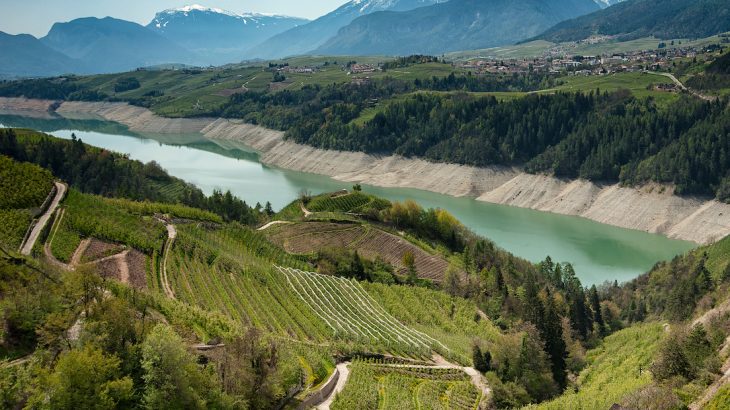 Prosecco production is eroding the steep hillsides of Italy

A new study has revealed that the growing popularity of Prosecco may come along with a high environmental cost. Researchers have found that the Veneto region of northeastern Italy is losing an enormous amount of soil across its steep hillside in the vineyards used for Prosecco production.

The worldwide demand for Prosecco is growing at the fastest rate of any sparkling wine. For example, a 2016 assessment of global wine and spirits trends by IWSR predicted that Prosecco would grow by 36 percent through 2020, while Champagne would show only around one percent growth over the same time period.

Currently, Northeast Italy is producing 400 million bottles of Prosecco per year, with 90 million bottles coming out of the historical Prosecco sector between the towns of Valdobbiadene and Conegliano. This area is defined as the Controlled and Guaranteed Designation of Origin (DOCG), where the highest quality wine standards are enforced.

A team of experts led by the University of Padova set out to investigate the soil erosion rate among vineyards in the DOCG area. The goal of the study was to calculate a type of “soil footprint” for Prosecco production, identify the hardest hit areas, and to develop mitigation strategies.

The investigation revealed that 400,000 tons of soil is lost every year in the vineyards. While wine production is not the only source of soil erosion in the DOCG area, the research suggests that vineyards are responsible for nearly 75 percent of the total loss.

Based on an annual production of 90 million bottles of Prosecco, the experts calculated that each bottle was associated with a loss of 4.4 kilograms of soil.

Caroline Mazzey, a plant scientist at Hadlow College, was shocked by the results of the study. Mazzey told New Scientist: “I find myself in disbelief. It’s more soil than the physical volume of the bottle.”

Vineyards have very little vegetation, which makes the soil highly susceptible to being washed away by rainfall. The researchers suggested that erosion could be substantially reduced by allowing grass to grow between rows of vines.

However, an association representing DOCG Prosecco producers told New Scientist that this is already a common management practice. The consortium also disputed the findings of the study, with a representative stating: “These soil erosion estimates are, in our view, inaccurate. Managing erosion is a primary interest of the winegrower.”

The study, which has not yet been peer-reviewed, is published online at bioRxiv.org.