Protected bike lanes help prevent fatal crashes for everyone on the road • Earth.com 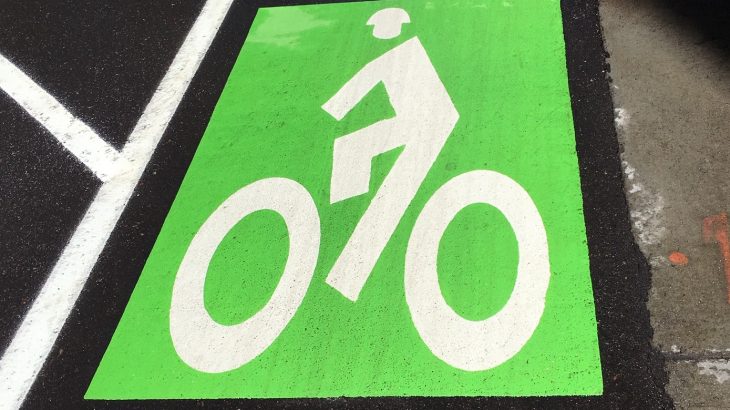 In an unprecedented study of bicycle and road safety, researchers led by the University of Colorado Denver have found that the infrastructure developed for cyclists is playing a more important role in reducing accidents than the cyclists themselves.

“Bicycling seems inherently dangerous on its own,” said study co-author Dr. Wesley Marshall. “So it would seem that a city with a lot of bicycling is more dangerous, but the opposite is true. Building safe facilities for cyclists turned out to be one of the biggest factors in road safety for everyone.”

The study revealed that bike facilities serve as calming mechanisms on traffic, promoting slower driving that results in fewer fatalities.

The investigation was based on 13 years of data from 12 large cities with high volumes of bike traffic, including Dallas and Denver. Over the study period, there was a 51-percent increase in the number of individuals who cycled to work. In addition,  the number of protected bike lanes doubled each year beginning in 2009.

The researchers analyzed over 17,000 fatalities and 77,000 severe injuries. Initially, the team expected to find that there was “safety in numbers,” and that more cyclists on the road would cause drivers to slow down with a heightened awareness of their surroundings.

However, the study showed that the safer cities were not associated with an increased presence of cyclists, but with an increase in separated and protected bike lanes. Bicycling infrastructure was found to be clearly tied to better road-safety outcomes.

Between 1990 and 2010, for example,  Portland’s bicycle mode share increased from 1.2 percent to 6 percent. At the same time, fatal crash rates fell by 75 percent.

“The U.S. is killing 40,000 people a year on roads, and we treat it as the cost of doing business,” said Dr. Marshall. “A lot of the existing research focuses on bicycle safety; with this study, we’re interested in everyone’s safety.”

“When we believed it was the old safety-in-numbers concept, that meant we had to figure out how to get more people on bicycles to make a city safer,” said study co-author Dr. Nicholas Ferenchak. “That’s not easy. But this research has boiled it down for city planners: create cycling facilities, and you’ll see the impact.”

The study is published in the Journal of Transport & Health.