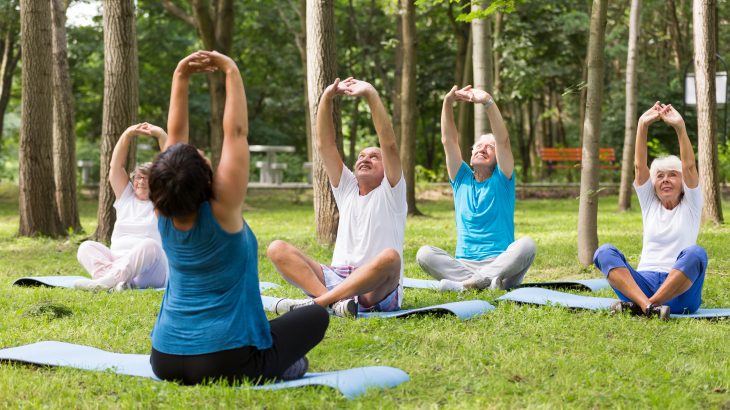 In a new study published by The BMJ, experts have found that individuals who meet the recommended weekly levels of physical activity have a lower risk of death.

While the positive effects of exercise were observed regardless of intensity, the benefits of vigorous exercise were slightly higher than those associated with light to moderate activity.

Physical inactivity has been estimated to contribute to as much as ten percent of major chronic diseases that are non-communicable worldwide. In 2013 alone, sedentary behavior resulted in global healthcare costs of about $53.8 billion.

A growing collection of research shows that physical activity prevents a large variety of chronic diseases and reduces mortality. Governments have responded by establishing guidelines for physical activity levels.

In the United States, a minimum of 75 minutes of vigorous aerobic activity or 150 minutes of moderate intensity is recommended per week. In addition, the U.S. guidelines include muscle strengthening activities of moderate or greater intensity at least two days per week.

Even though the guidelines are well-established, however, it has been unclear how these standards relate to a potential reduction in mortality.

To investigate, an international team of researchers analyzed the correlation between physical activity – according to U.S. guidelines – and death from any cause. The experts also examined eight specific causes of mortality including cardiovascular disease (CVD), cancer, chronic lower respiratory tract diseases, accidents and injuries, Alzheimer’s disease, and diabetes.

The study was focused on data from the National Health Interview Surveys conducted between 1997 and 2014.

The research involved 479,856 adults from 18 to 85, who reported on the amount of leisure time they dedicated to aerobic physical activity and muscle strengthening activity each week. This data was linked to national death records over an average of about nine years.

Notably, participants who fully met the recommended activity levels – both sufficient muscle strengthening and aerobic activities – were found to have a remarkable 40 percent lower risk of death from any cause.