Restoration of peatlands can prevent billions in wildfire damage • Earth.com 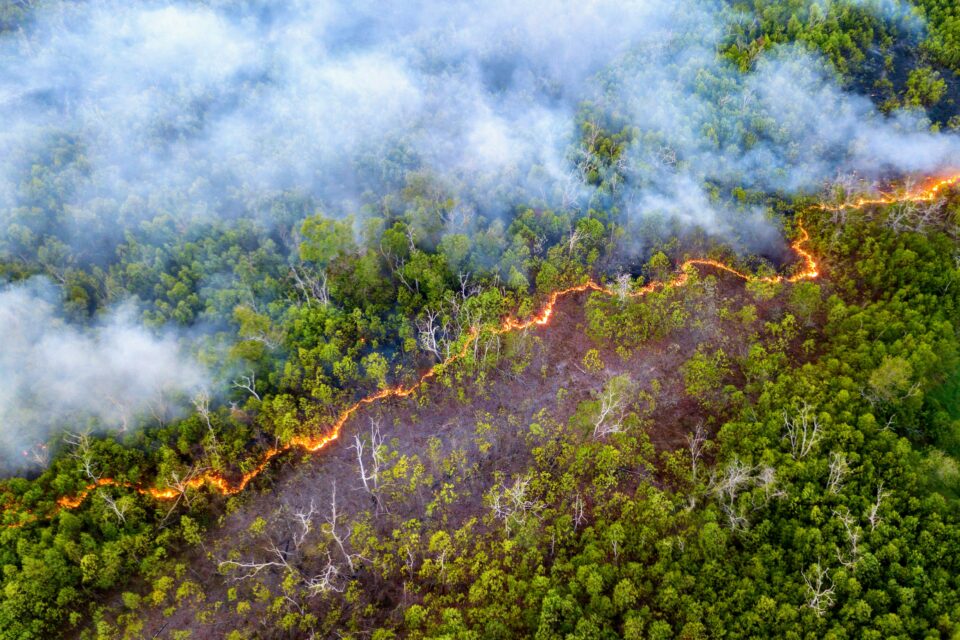 The restoration of peatlands across Indonesia could ultimately prevent billions of dollars in damages from wildfires, according to a new study from the University of Leeds.

The researchers found that the benefits of effective Indonesian peatland restoration will outweigh the costs, while ultimately reducing the impacts of fires on the environment and human health.

The study provides clear evidence to support ongoing restoration efforts. The Indonesian government has committed to restore 2.5 million hectares of degraded peatland. It is estimated that this will cost $3.2 to $7 billion USD.

By analyzing satellite data and computer models, the experts determined that peatland restoration could have resulted in economic savings of $8.4 billion from 2004 to 2015.

According to the study authors, if restoration had already been completed, the area burned in 2015 would have been reduced by 6 percent. This would have reduced CO2 emissions by 18 percent and fine particulate matter (PM2.5) emissions by 24 percent – preventing 12,000 premature deaths.

Laura Kiely of UC Riverside led the study while she was a PhD researcher in the School of Earth and Environment at Leeds.

“Not only do fires destroy agricultural land and disrupt transport, tourism and trade, peatland fires cause large CO2 emissions. Between 1997–2016, fires in Equatorial Asia – most of which were in Indonesia – were responsible for 8% of global fire carbon emissions in 1997–2016.”

Until recent years, fires were rarely seen across Indonesia’s peatlands. Human activities such as land use changes, agriculture, and deforestation have degraded the peatlands, making them much more flammable and susceptible to fire.

“Future climate change will put Indonesian peatlands – and peatlands all over the world – at greater risk to further degradation and fire. The efforts being made by the Indonesian government to restore their peatlands could be leading example in the years to come.”