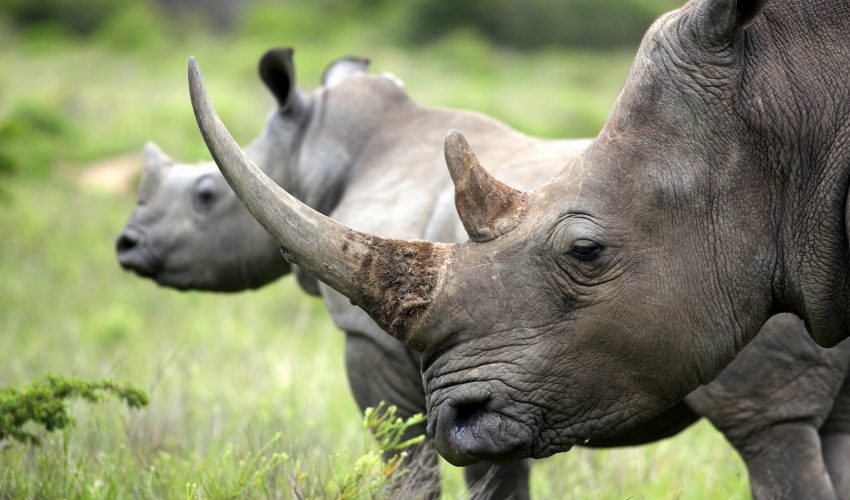 It was a heartbreaking find at the Malaysian airport in Kuala Lumpur. Authorities, relying on a tip, seized 18 rhinoceros horns in the airport’s cargo warehouse crated as art objects, according to the Associated Press. The cargo had a fake air bill and presumably came from Mozambique.

Airport customs director Hamzah Sundang said the horns transited in Doha, Qatar. No arrests were made at this time.

In a report issued last year, the wildlife trade monitoring network TRAFFIC called Malaysia a world transit hub, and a major link to Kenya and Uganda, for the flow of tons of illicit elephant ivory between Africa and Asia.

There’s a significant black market for rhinoceros horns because they’re prized throughout parts of Asia where they’re said to have medicinal as well as artistic value. As a result of illegal hunting of the rare savannah mammal, the worldwide rhino population, which was at around a half million just a few decades ago, has shrunk to 30,000.

In an article published in 2013, The Atlantic said that rhino horns traffic for as much as $300,000 in Vietnam because of such healthcare myths as the horn being a cure for cancer and hangovers. At a result, the value is literally more than the per-kilogram price of gold. The article also mentioned a $650,000 armed heist of a museum in Dublin, Ireland where only the horns were taken.

Prices had fallen considerably when China and other nations froze the market for the horns, but a resurgence occurred in 2008 when the false cancer elixir rumors started in Vietnam. Today, all five remaining rhino species are officially listed as Threatened, and three of the five species are Critically Endangered.