The part of rice we don’t eat is actually incredibly nutritious • Earth.com 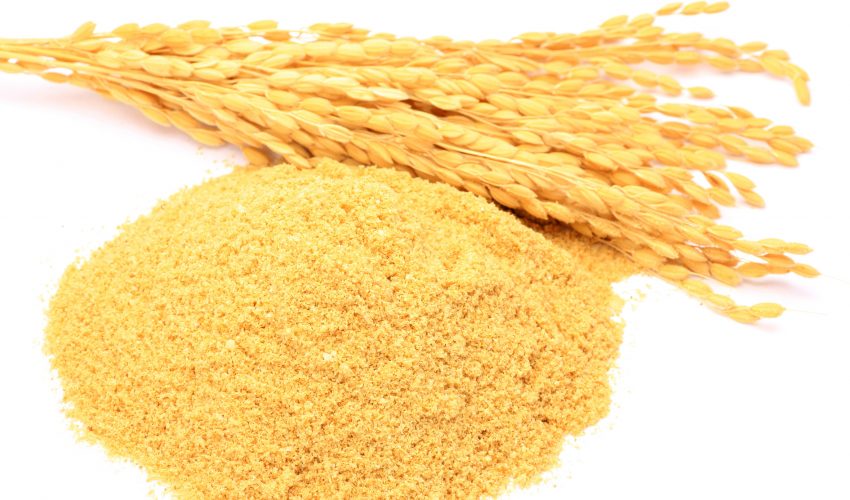 The outer covering of rice grain has high nutritional value and is a rich source of proteins, fats, minerals and micronutrients such as B vitamins, according to a new study.

Rice bran, which is removed from whole grain rice during processing and used as animal feed, could have major benefits for human health and nutrition, the University of Colorado study said.

“A single serving of rice bran delivers more than half of a person’s daily requirements of important vitamins such as thiamine, niacin and vitamin B6,” said University of Colorado professor Elizabeth Ryan, the study’s corresponding author.

The researchers used an approach called food metabolomics to identify and measure the abundance of many different molecules present in rice bran.

“We investigated the amino acids, vitamins, cofactors and secondary metabolites that can be found in rice bran, as we suspected that they contribute to its medicinal and nutritional benefits,” Ryan said. “We were surprised to find that cofactors, vitamins and amino acids make up almost 50 percent of the total small molecule content.”

In a literature search, the authors found that some of the compounds they identified in rice bran had been shown in previous studies to have anti-inflammatory, anti-microbial and anti-hypertensive properties.

Rice bran also has a protein content of 12-15 percent that deserves attention as it could help tackle nutrition shortages that are a major global health concern, the study said.

“Rice is an essential staple food for more than half of the world’s population,” Ryan said. ”It is grown in more than 100 countries.”

Rice bran as a food ingredient could deliver more than 400 individual compounds when consumed.

“It is likely that many of them function in a teamwork manner to deliver health benefits,” Ryan added.