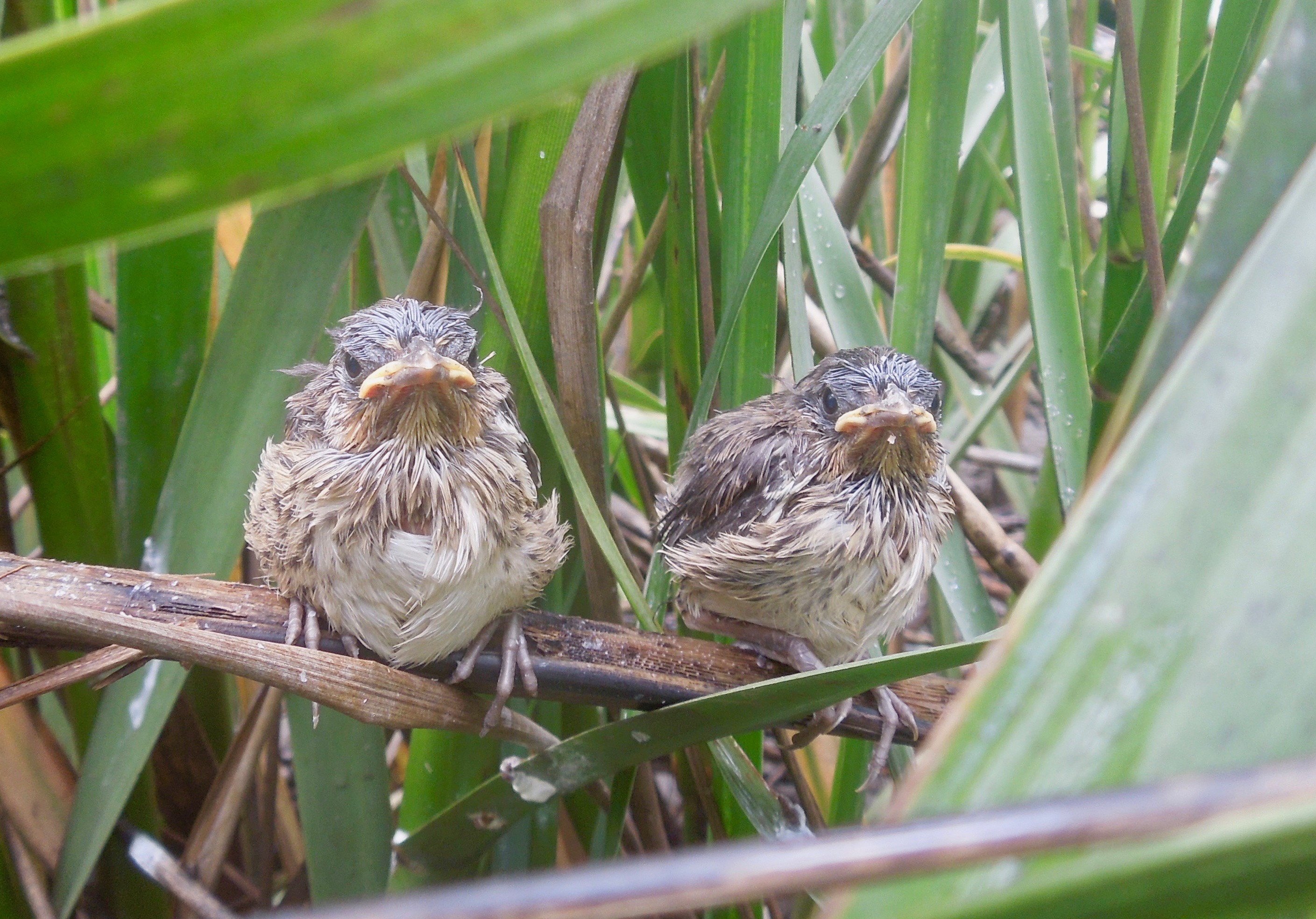 Seaside sparrows usually live in tidal marshes and build their nests just above normal high tide where they can stay hidden from predators in the vegetation. Rising sea levels may put these birds in a predicament, as unusually high tides will destroy their nests. However, moving their nests up makes them more vulnerable to predators. A new study  from The Condor: Ornithological Applications reveals that despite the increasing risk of flooding, the nests of these saltmarsh birds face much more of a threat from predation.

“Nest predation rates are so high right now that even under extreme sea level rise conditions, more nests are likely to be eaten than flooded,” explained Hunter. “However, predation and flooding threats act synergistically, meaning that any estimates of the negative effects of sea level rise on the nesting success of Seaside Sparrow or other species are likely underestimates if they do not also consider the negative effects of predation on flooding risk. The flip side of this is that management actions to reduce nest predation could also reduce the risk of nest failures from flooding.”

If conservation strategies are used to protect seaside sparrows from predators, they can overcome the threats of both flooding and predation. The birds could place their nests higher up to stay clear of extreme high tides if their nesting sites were fenced in, for example.

Chris Elphick of the University of Connecticut is an expert on tidal marsh birds who commented on Hunter’s study.

“The study nicely illustrates the importance of understanding the behavior of individual birds when trying to devise strategies to mitigate threats such as predation and tidal flooding,” said Elphick. “Regardless of the threat, it is increasingly clear that tidal marsh birds and their habitats are in trouble, and that we need to explore a range of potential solutions to find ways to help them persist in light of the many ways that humans are changing coastal habitats.”