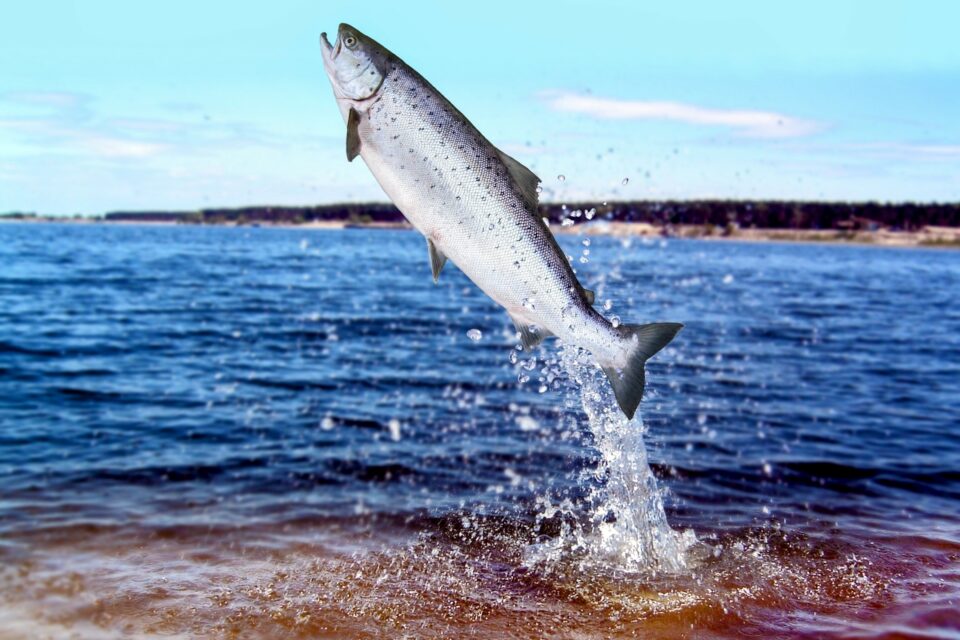 In a new study led by scientists from Simon Fraser University, the relationship between productivity in Chinook salmon (Oncorhynchus tshawytscha) and water flow in the Nicola River watershed has been investigated. This river is a tributary of the Thompson River, which flows into the Fraser River in British Columbia. The team used an advanced time-series model to understand 22 years (1992 to 2013) of variation in stream-type Chinook salmon productivity, as measured by the number of adult offspring per reproducing parent.

River systems are being affected by climate change and human activities worldwide. The flow cycles of rivers are influenced by increased temperatures, changes in precipitation, removal of water for land use, and transformation of catchment areas. These changes have potentially serious impacts on freshwater biodiversity, but the consequences of past, present and future changes in flow regimes for river ecosystems and fish remain uncertain.

Stream-type Chinook salmon are likely to be especially affected by flow changes because the offspring are reared in fresh water and the adults spend more time in river systems than do their ocean-type counterparts. It has, however, been difficult to isolate the effects of changing flow regimes from other processes, such as ocean survival, fishing mortality and interactions with hatchery-origin salmon.

In the Nicola watershed area, Chinook salmon support indigenous, commercial and recreational fisheries and are prey for endangered southern resident killer whales. However, the average August flow of the Nicola river has decreased by 26 percent, on average, over the past 100 years and recruitment into the Chinook salmon population has been below replacement level for more than half the cohorts since 1992. The Committee on the Status of Endangered Wildlife in Canada is currently assessing whether to recommend Nicola Chinook salmon for listing under the Species at Risk Act.

“These long-term changes are probably the cumulative effect of climate change, water withdrawals for agricultural and other uses, and land use such as forestry,” said study co-author Professor Jonathan Moore.

The researchers examined how changing flow regimes and other variables influenced the productivity of the Chinook salmon population. The experts considered variables such as average August flow, fall flooding, and duration of winter ice cover. The analysis also took into account variable ocean survival, mortality from fishing and hatchery demographics.

The results indicated that the river flow during August, when Chinook are rearing as juveniles, was the most important predictor of productivity. Higher August flows during adult spawning and migration also likely boost productivity, while lower flows during this time are linked to decline. Although other factors, such as the extent of ice cover and salmon density also had an effect, river flow in August explained most of the variation in salmon productivity.

“We found that August flows during juvenile rearing had the greatest impact on Chinook productivity out of any factor; the effect was very large,” said study lead author Luke Warkentin, who carried out the project as part of his masters research in SFU’s Salmon Watersheds Lab. “If there isn’t enough water during the summer, Chinook populations tend to decline.”

On average, cohorts that experienced 50 percent below average flows in the August of spawning and rearing had 29 percent lower productivity.

The researchers feel that these results could help to inform water management in the Nicola watershed. From their model, they calculate that mean August flow during rearing would need to be 17.2 m3s−1 to allow a harvest of 30 percent of the salmon for fisheries each year. This would help to protect this culturally and economically important species in the face of the numerous pressures it now faces.

“This data is helping to inform ongoing watershed planning and on-the-ground action in the Nicola by the five Nicola Bands and the Province,” said Leona Antoine who helps lead the Nicola Watershed Governance Project, and is associated with the Scw’exmx Tribal Council, but was not involved in the study. “Science such as this, as well as traditional knowledge and other sources of expertise, are guiding real change on the ground to steward this watershed.”