What Ryan Zinke’s departure means for the environment • Earth.com 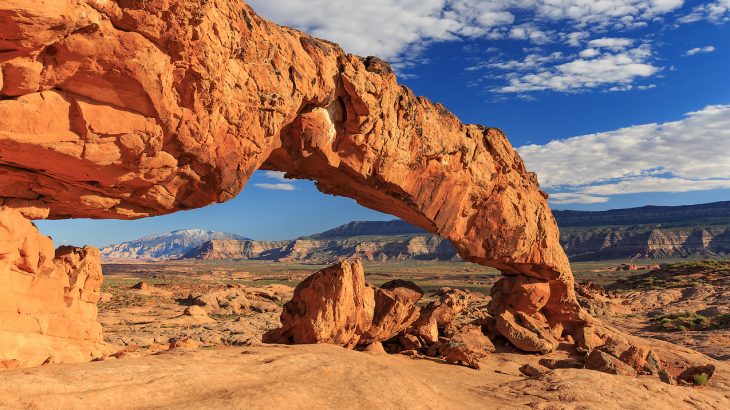 What Ryan Zinke’s departure means for the environment

With the departure of US Secretary of Defense Jim Mattis, as well as the constant turnover of cabinet members during the Trump administration, another vacancy in the Trump cabinet barely qualifies as news.  Still, it’s worth looking at the legacy left behind as Secretary of the Interior Ryan Zinke departs as well as who’s likely to fill his shoes.

Ryan Zinke stepping down is no surprise at all to those who’ve been paying attention.  Earlier I reported on the corruption swirling around him during his tenure. Corruption has included Zinke trying to use his cabinet position and connections to Halliburton to move forward on plans for his own brew pub in his home of Whitefish Montana.

An article in Politico reports that even when Zinke was a little known Montana Senator he had multiple business dealings, some of which represented conflicts of interest and ethical lapses.  As a Navy SEAL, Zinke also ran into problems when he billed the military for his own personal travel expenses.

A piece in Vox reports that under Zinke’s tenure, the Department of the Interior issued a new interpretation of the Migratory Bird Treaty Act, a piece of legislation responsible for the survival of many bird species.  The new interpretation stated that the act only protected birds from purposeful threats, like hunting, not indirect threats like those from industry. This decision largely takes responsibility of bird deaths away from industry in cases oil spills and other irresponsible acts.

According to the Chicago Tribune, this means that under the new rule, BP would have been forgiven $100 million it had to pay for bird deaths related to the Deepwater Horizon tragedy.  Oil pit waste that once was required to be covered to keep birds out are now open for birds to land in and become poisoned. Wind turbines no longer need to allocate equipment for the safety of birds.

Zinke initially planned to dramatically raise National Park fees, a decision he later backed out of because of lack of support and general outrage.  Outside reports that there were over 100,000 negative comments on the fee hike and quotes Vietnam Veterans of America on the logic of the fee increase, saying it was, “small minded and mean spirited.”

According to Vox, Zinke was disavowed by 17 former Department of the Interior officials from both major political parties as well as 500 organizations from every US state and dozens of other politicians.  The Wilderness Society calls Zinke the worst Secretary of the Interior ever and listed 14 of his misdeeds during his tenure, including opening drilling to the Arctic National Wildlife Refuge.

I for one am glad to see Ryan Zinke depart.  However, I worry about who may replace him. So far it’s largely speculative who the next Secretary of the Interior may be with likely candidates remaining quiet.  Trump’s track record suggests it won’t be someone friendly to the environment.

The New York Times reports that Trump accepted Zinke’s resignation in his typical fashion, through tweet.  The president thanked Zinke for his service and promised to announce a replacement within a week.  E&E News reports that those who are now campaigning to replace Zinke are doing so secretly.

E&E reported that Trump has already met with Deputy Interior Secretary David Bernhardt, a man The Denver Post reports is on a short list of candidates for the Secretary of the Interior. Bernhardt is native to Rifle, a small western Colorado town, known for beautiful waterfalls and world class rock climbing.  It’s also the gateway to some of western Colorado’s best wild (and commercial) caves. Bernhardt has also worked in the Department of the Interior from 2001 to 2009 before being the deputy interior secretary under the Trump administration.  He’s also worked as a lobbyist for oil and gas and has been part of some of Zinke’s worst plans.

Bernhardt is said to have been one of the main people behind an effort to change the Endangered Species Act to better serve the interest of big business as well as weaken protection of Sage Grouse.  Bernhardt is probably the most qualified candidate for secretary of the Interior but it doesn’t mean he has the agency or the environment’s best interest at heart.

CBS Sacramento reports that former Republican representative Jeff Denham of California is also being considered as a replacement of Zinke.  Denham spent a large part of his tenure serving the Central Valley of California focusing on water. According to the Los Angeles Times, Denham said he’s expressed his concerns on water issues to the Trump administration and he’s worked on water storage plans in California.  Denham has old ties to Trump as well, including encouraging the federal government to lease the old post office in DC to the Trump Organization, a move that cost taxpayers millions of dollars.

The Hill also lists Representative Rob Bishop of Utah as a possible replacement for Secretary of the Interior.  Bishop is currently the chairman of the House Natural Resource Committee but will soon become its ranking member following the loss of the GOP majority in the House.  Bishop worked closely with Zinke on shrinking national monuments and dismantling endangered species protections.

Other possibilities for the Secretary of the Interior include republican Dean Heller of Nevada who failed in his re-election campaign despite Trump’s support.  Republican Raúl Labrador of Idaho, who’s retiring from Congress next month, is also a possibility.  Labrador was born in Puerto Rico and if he became the Secretary of the Interior, would be the first person from a US insular territory to do so.

No matter who becomes the next Secretary of the Interior, we can count on the Trump administration to make it someone bad for the environment.  The only real question is, how long will Zinke’s replacement last?