Safety on frozen lakes declining due to climate change • Earth.com 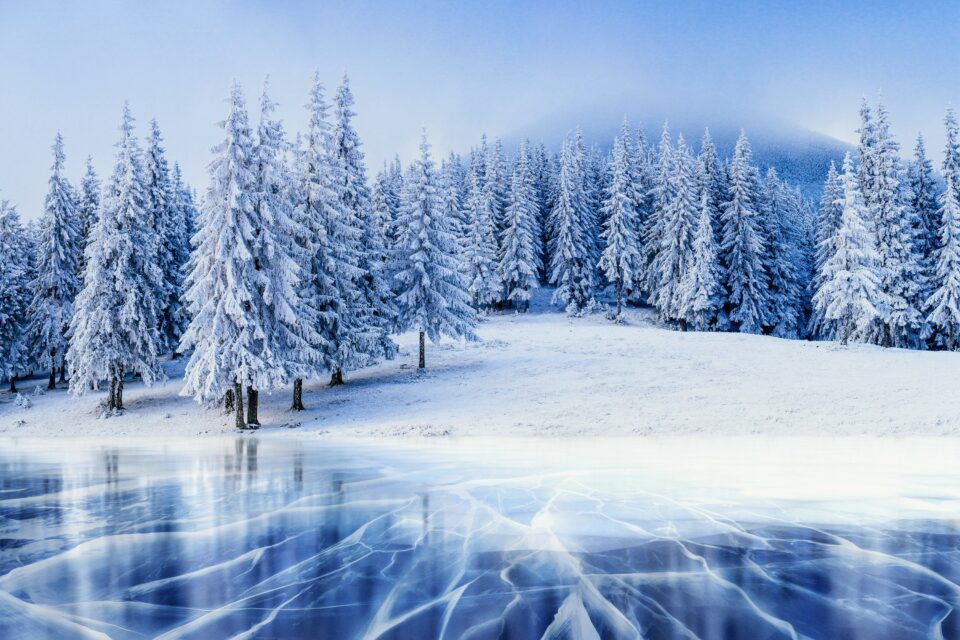 A new study conducted by an international team of climate and lake scientists has found that global warming will make lake ice much less safe during this century. According to the experts, this will likely affect Indigenous communities in the Arctic, as well as regional economies in which people depend on ice roads as a means for fast and relatively cheap transportation and supply during winters. Moreover, thinning future ice conditions will also threaten unique lake ecosystems which have adapted to recurring frozen lake conditions over tens of thousands of years.

The scientists used one of the most comprehensive future climate change model simulations to date – the Community Earth System Model ver. 2 Large Ensemble – to determine at which levels of warming unsafe ice conditions will be reached with regards to transportation and recreational activities such as ice-fishing or ice-skating.

“Our results demonstrate that the duration of safe ice over the next 80 years will shorten by two-three weeks depending on the future warming level. In regions where lakes are used as ice roads to transport heavy goods and supplies, the number of days with safe ice conditions will decline by more than 90 percent, even for a moderate warming of 1.5°C above early 20th century conditions,” warned study corresponding author Lei Huang, a former postdoctoral fellow at the IBS Center for Climate Physics (ICCP) in Busan, South Korea.

“According to our computer model simulations, many densely populated regions in the mid-latitudes are projected to experience a large deterioration in safe ice conditions for recreational activities,” added study lead author Iestyn Woolway, an expert in Ocean and Climate Sciences at Bangor University. “Already a 1.5°C warming above early 20th century conditions can lead to more than 60 percent loss in the duration of safe lake ice. This will negatively impact local communities that rely on the ice recreation industry.”

Since our planet has already warmed by 1.2°C since the beginning of the Industrial Age, it is urgently needed to implement proper regional adaptation strategies in affected communities to mitigate economic losses and to avoid loss of lives.