Salamanders have an intriguing partnership with algae • Earth.com 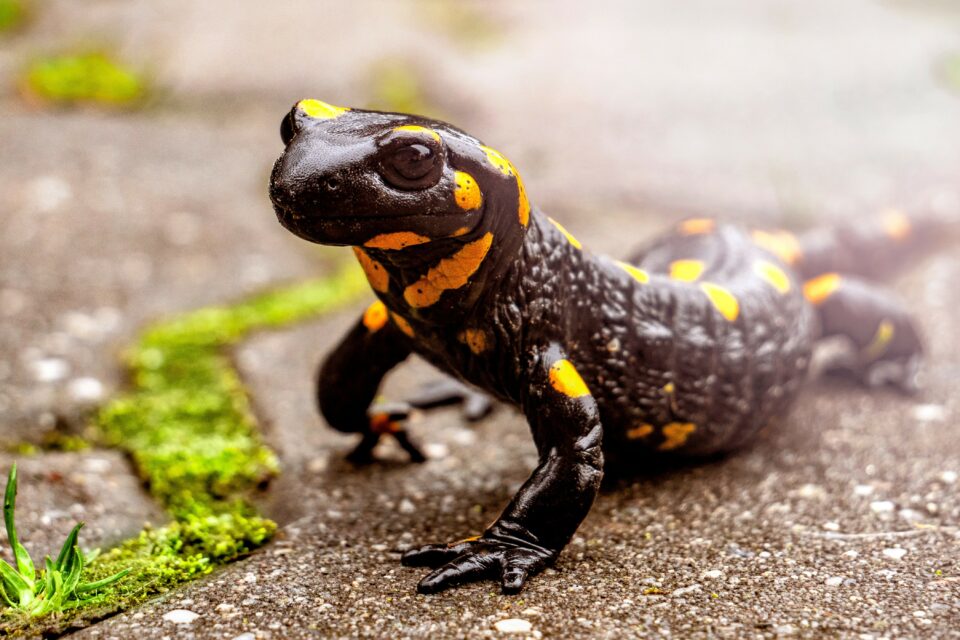 Salamanders have an intriguing partnership with algae

Experts at the Bigelow Laboratory for Ocean Sciences are hopeful that a unique case of symbiosis between salamanders and algae will lead to a breakthrough in medical research. The team, which includes biologists and natural product chemists at the University of North Carolina Wilmington and Gettysburg College, just received a grant to finance three years of research.

“We are hopeful that the connections between salamanders and algae could lead to exciting and unforeseen discoveries in medicine. And we are grateful to the William Procter Fund for the chance to explore this unique relationship,” said lead researcher John Burns.

Interestingly, algae grows on salamander eggs shortly after they’re laid. The algae colonizes and even enters the tissues of the developing salamanders. The amphibians aren’t harmed by the plant but gain oxygen. In return, the algae gets a substrate to grow on.

“These two organisms are coexisting and benefiting one another,” explained Burns. “We are trying to find out how the salamander and algae interact, and whether the molecules they are using can be used to regulate immunity in humans.”

Chemical interactions in nature are a traditional source of drugs but as the easily accessed sources for these drugs have been tapped, drug development slowed towards the end of the twentieth century. Symbiotic relationships are still relatively untapped for their possibilities in drug development.

“When we look to the natural world for drugs, we are usually looking at antagonisms. We’re looking for the kind of thing that stops bacteria from growing in order to find something we might be able to use in our own bodies,” said Burns.

“Studying these organisms in a symbiotic relationship is completely new, and that’s why we think it’s an interesting place to look for new types of drugs.”

Salamanders can regenerate their tails and limbs, and the experts will investigate the potential role of algae in promoting this regeneration. The findings could ultimately lead to the development of treatments to repair human tissue.

“We are taking this natural interaction and trying to figure out how it works to better understand how the two organisms communicate and benefit. This relationship has existed for a long time, so there may be a lot of chemical nuance and possibility to be discovered.”

The study is supported by the William Procter Scientific Innovation Fund.