Saturn’s rings may have formed from a shattered moon • Earth.com 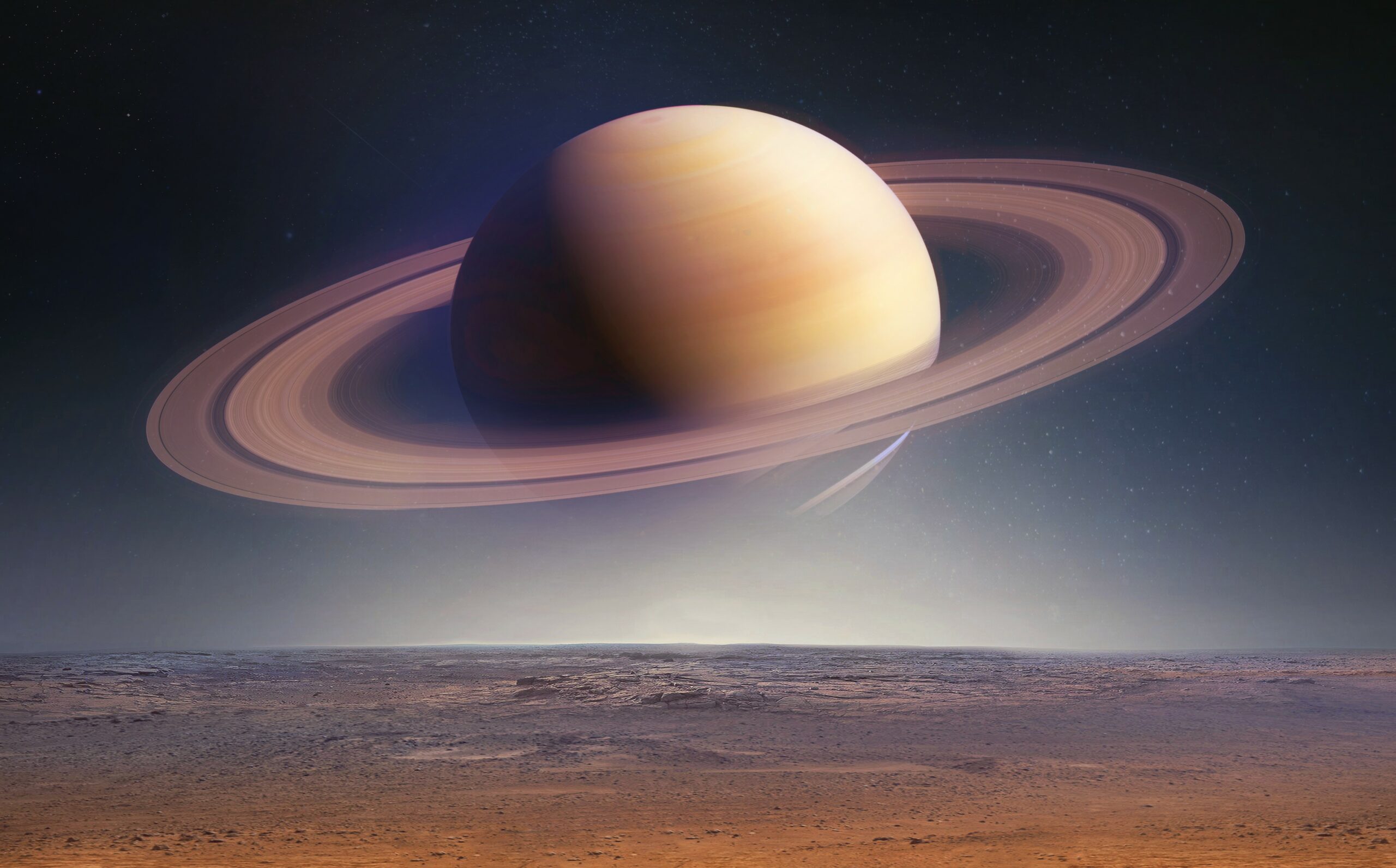 Saturn’s rings may have formed from a shattered moon

The rings of Saturn provide evidence that the planet is spinning at a tilt. Astronomers have long suspected that this tilt comes from gravitational interactions with Neptune, as Saturn’s tilt spins at nearly the same rate as the orbit of Neptune.

But now, a team of researchers at MIT has found that Saturn has escaped Neptune’s pull. The experts propose that Saturn, which currently has 83 moons, once had at least one more named Chrysalis. The research suggests that Chrysalis orbited Saturn for several billion years, pulling and tugging on the planet in a way that kept its tilt in resonance with Neptune.

However, the team estimates that around 160 million years ago, Chrysalis became unstable and pulled the satellite apart. The loss of the moon was enough to remove Saturn from Neptune’s grasp and leave it with the present-day tilt.

While Chrysalis’ shattered body may have impacted Saturn, a fraction could have suspended in orbit, eventually breaking into small icy chunks to form the planet’s signature rings.

The missing satellite could explain two long standing mysteries: Saturn’s present-day tilt and the age of its rings, which were previously estimated to be 100 million years old – are much younger than the planet itself.

The research team looked to pin down Saturn’s moment of inertia using some of the last observations taken by NASA’s Cassini spacecraft, which orbited Saturn from 2004 to 2017. Surprisingly, they found that Saturn was close to, but just outside the resonance with Neptune. The planets may have once been in sync, but are no longer.

Sometime between 200 and 100 million years ago, Chrysalis entered a chaotic orbital zone, experienced a number of close encounters with other moons, and eventually ripped the satellite to bits, leaving a small fraction to circle the planet as a debris-strewn ring.

The researchers believe the loss of Chrysalis explains Saturn’s present-day tilt, as well as the late formation of its rings. “It’s a pretty good story, but like any other result, it will have to be examined by others,” said Wisdom.

This research was supported, in part, by NASA and the National Science Foundation. The study is published in the journal Science.