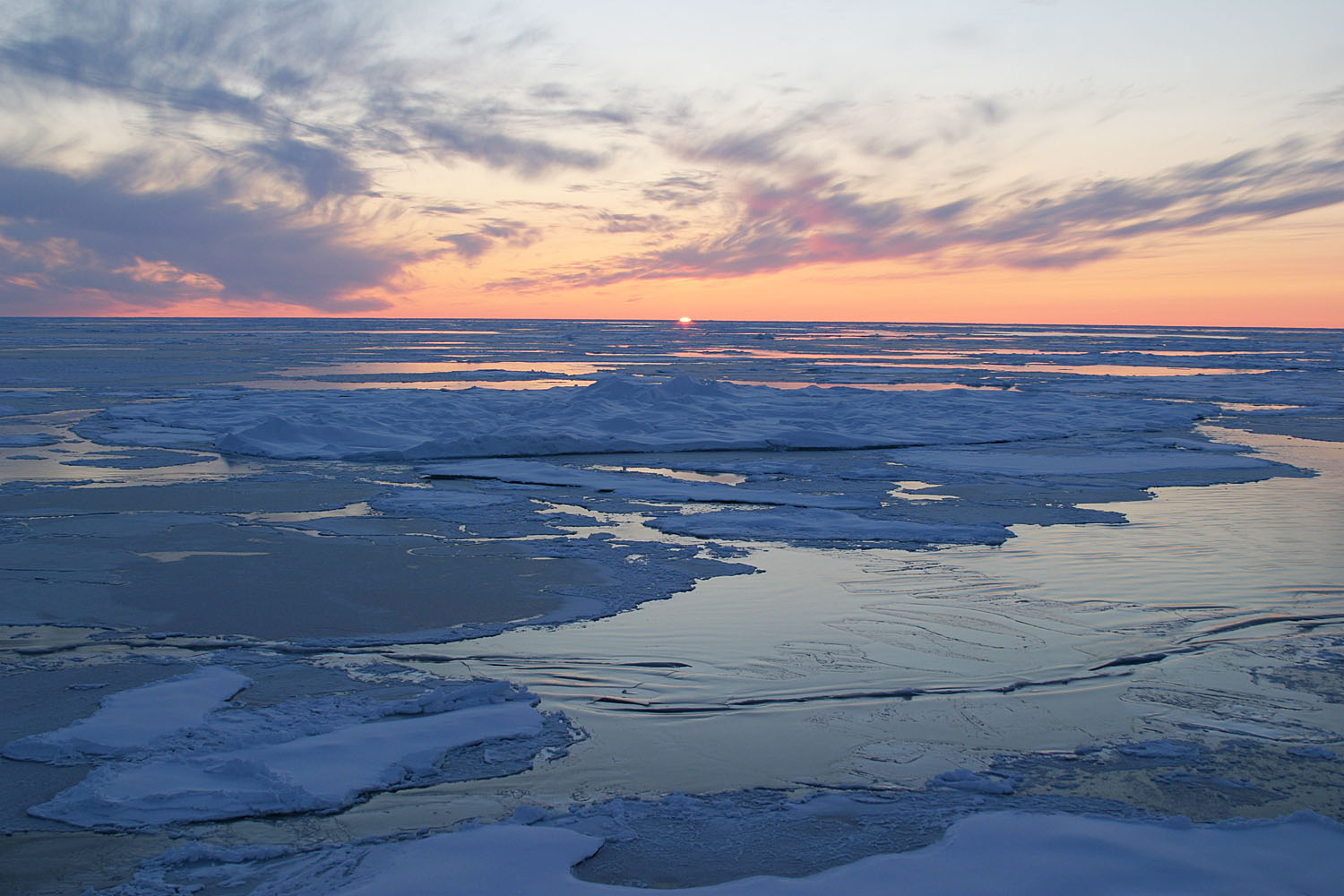 The build-up and subsequent release of warm, stagnant water from the deep Arctic Ocean and Nordic Seas played a role in ending the last Ice Age within the Arctic region, according to new research led by a UCL scientist.

The study, published today in Science, examined how the circulation of the ocean north of Iceland – the combined Arctic Ocean and Nordic Seas, called the Arctic Mediterranean – changed since the end of the last Ice Age (~20,000-30,000 years ago).

Today, the ocean is cooled by the atmosphere during winter, producing large volumes of dense water that sink and flush through the deep Arctic Mediterranean. However, in contrast to the vigorous circulation of today, the research found that during the last Ice Age, the deep Arctic Mediterranean became like a giant stagnant pond, with deep waters not being replenished for up to 10,000 years.

This is thought to have been caused by the thick and extensive layer of sea ice and fresh water that covered much of the Arctic Mediterranean during the Ice Age, preventing the atmosphere from cooling and densifying the underlying ocean.

Dr David Thornalley (UCL Geography) said: “As well as being stagnant, these deep waters were also warm. Sitting around at the bottom of the ocean, they slowly accumulated geothermal heat from the seafloor, until a critical point was reached when the ocean became unstable.

“Suddenly, the heat previously stored in the deep Arctic Mediterranean was released to the upper ocean. The timing of this event coincides with the occurrence of evidence for a massive release of meltwater into the Nordic Seas. We hypothesize that this input of melt water was caused by the release of deep ocean heat, which melted icebergs, sea-ice and surrounding marine-terminating ice sheets.”

This study highlights the important impact that changes in ocean circulation can have on climate, due to the ocean’s capacity to redistribute vast quantities of heat around the globe. For example, scientists are currently concerned that ongoing changes in ocean circulation may result in warmer subsurface water that will cause enhanced melting and retreat of certain ice sheets in Greenland and Antarctica.

Dr Thornalley added: “To help predict the role of the ocean in future climate change, it is useful to investigate how ocean circulation changed in the past and what the associated climate effects were.”

In this study, researchers from UCL, Woods Hole Oceanographic Institute and other partner institutions analysed the composition of calcite shells of small single-celled organisms (called foraminifera) that are found in ocean floor sediment. The shells of these organisms record the chemistry of the deep ocean at the time they were living, enabling the researchers to reconstruct past changes in ocean circulation.

By measuring the radiocarbon content of these shells, the research team was able to determine how rapidly deep water was being formed in the Arctic Mediterranean. A number of different techniques were then used to constrain past temperature changes, including measuring the ratio of magnesium and calcium, and the arrangement of isotopes of carbon and oxygen within the calcite shells of the foraminifera, both of which vary according to the temperature of the water in which the foraminifera grew.

A warmer, deep Arctic Mediterranean during glacial times has been suggested in previous studies, too. As summarized by co-author Dr Henning Bauch (GEOMAR/Germany) “It is good to see that new, independent proxy data would give strong support now to these former hypotheses.”