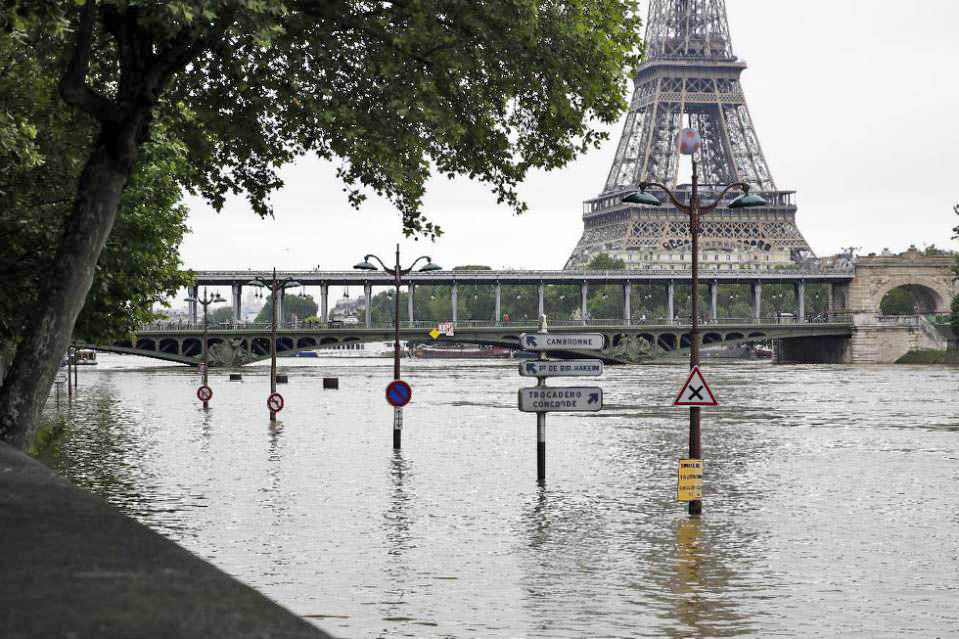 In a quick but not peer-reviewed analysis , the World Weather Attribution team of climate scientists used past rainfall data and computer simulations to look for global warming’s fingerprints in the heavy downpours in France and Germany.

A senior climate researcher at the Royal Netherlands Meteorological Institute, Geert Jan van Oldenborgh , says the team’s calculations found that global warming increased the chances for the Loire river basin flooding by 90 percent and the Seine river basin by 80 percent. That’s compared to a world with no man-made climate change.

Parts of France got three months of rain in just one month, much of it in just three days. The Seine, which runs through Paris, rose to 20 feet (6.1 meters) above its normal height.

“It was very weird weather,” van Oldenborgh said. “It was made more likely due to climate change.”

The researchers couldn’t find a link with the German rain.

The team, which also included American, British and French scientists coordinated by Climate Central in Princeton, New Jersey, is trying something relatively new: real-time scientifically valid studies to see if extreme weather events are natural or more likely to happen because of heat-trapping gases in the atmosphere from the burning of fossil fuel.

The 80 and 90 percent increase in likelihood of heavy rain is higher than the 40 percent chance they found for the storm Desmond that hit the United Kingdom last winter, van Oldenborgh said.

Two outside scientists – Adam Sobel of Columbia University and John Walsh of the University of Alaska – say the team used scientifically sound methods. Both Sobel and Walsh were co-authors of a National Academy of Sciences report that looked at the scientific accuracy of studies that look for global warming’s fingerprints. They looked at studies that are usually done over months and published in peer-reviewed journals.

This one was done in five days and will eventually be sent to a peer-reviewed journal. But that is not so much a worry because these are well-known and qualified scientists, Sobel said.

Walsh said the methods and conclusions “are state-of-the-art” and “the results highlight the role of human-caused climate change while the event is still fresh in the public’s minds.”

Follow Seth Borenstein at http://twitter.com/borenbears and his work can be found at http://bigstory.ap.org/content/seth-borenstein