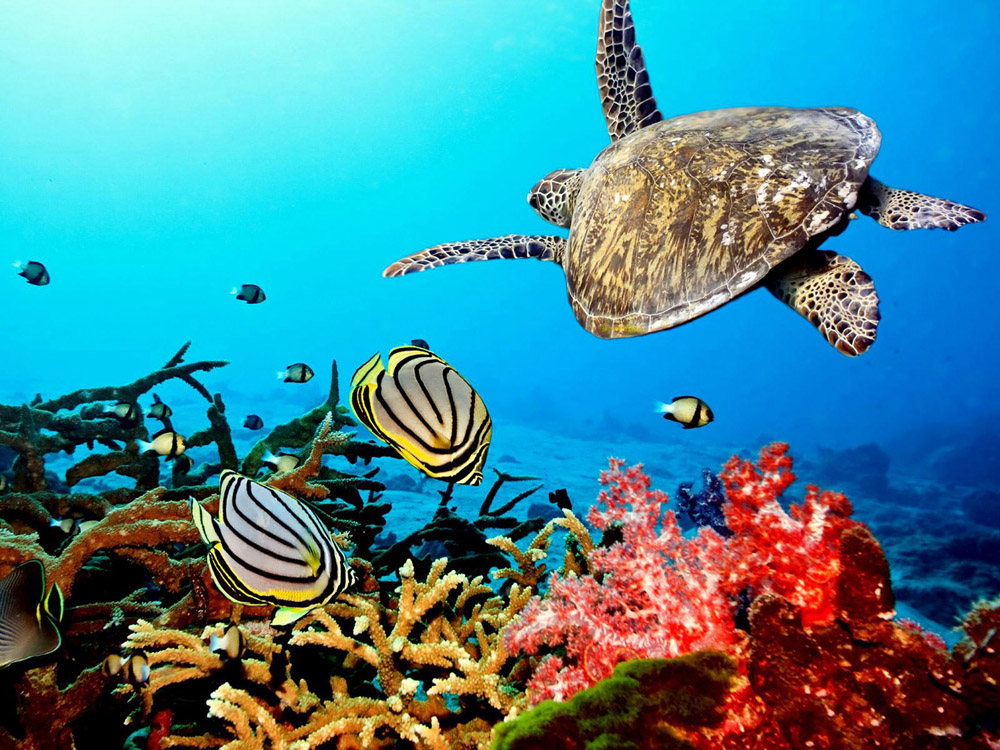 Mangroves are disappearing at five times the rate of traditional forests. And coral reefs continue to shrink.

The World Wildlife Federation is once again sounding the alarm on the health of the world’s oceans and marine animals.

According to the organization’s latest Living Blue Planet Report, marine life has been halved since 1970.

The report tracks the health of 5,829 local and regional populations of marine animals, encompassing 1,234 species — birds, fish, mammals and reptiles. All the numbers are compiled and reviewed by scientists at the Zoological Society of London.

The data suggests animals living in, on and around the ocean have seen their numbers decline by 49 percent between 1970 and 2012.

“That’s the unraveling of the fabric of an ecosystem that sustains life on Earth,”scientists write in the report.

Researchers point to habitat loss, global warming, pollution and overfishing as the main culprits of biological losses. Commercial fishing stocks have been some the hardest hit of all species, with tuna, mackerel and bonito populations shrinking as much as 75 percent.

Mangroves are disappearing at five times the rate of traditional forests. And coral reefs continue to shrink.

“Our ocean — that seemingly infinitely bountiful, ever awe-inspiring blue that defines our planet from space — is in crisis,” Marco Lambertini, director general of WWF International, declares in the intro to the new report.

The latest estimates are in line with the projects from last year’s report — but “more sobering.” They’re also in line with declines on dry land. WWF’s Living Planet Index has put the decline of the planet’s overall animal population at 52 percent.

WWF says there is hope. But action must be immediate. Some of the solutions the organizations suggests: closing fishing grounds, curbing pollution, expanding marine habitat protections and securing an international solution to climate change.