Scientists reveal how sharks use the oceans • Earth.com 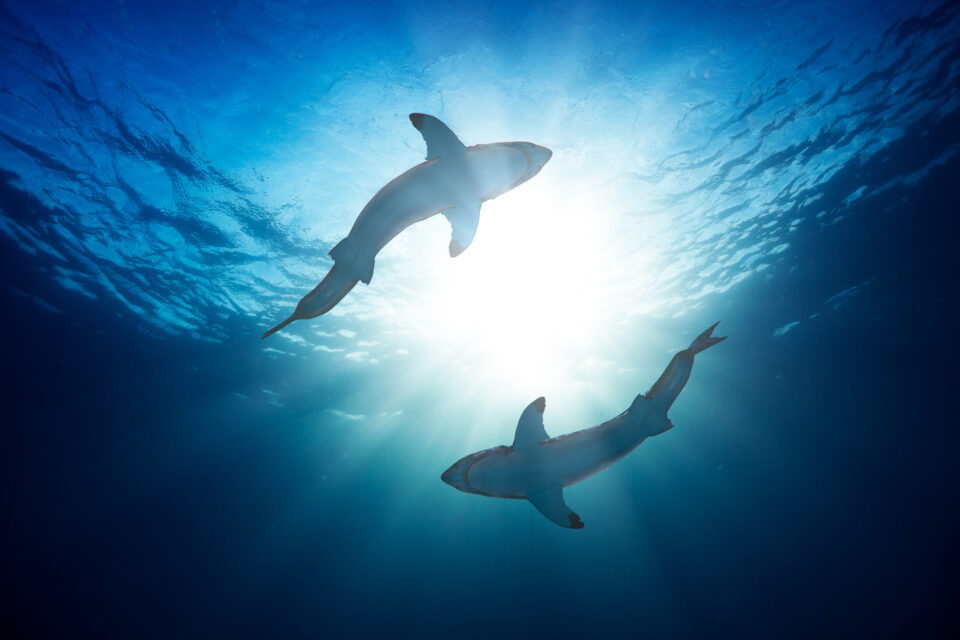 Scientists reveal how sharks use the oceans

By using sophisticated electronic tags, a team of researchers led by Stanford University has assembled a large biologging dataset to better understand how elasmobranchs – a group of marine animals including sharks, rays, and skates – use the ocean depths.

The analysis revealed that, while some species spend their entire lives in shallow waters close to the shores, others plunge hundreds of meters under water. Clarifying how elasmobranchs use the ocean will enable resource managers and policymakers to examine the threats these animals face, and devise better future management and conservation plans.

The researchers compiled two decades of satellite data and archival tags to track the movements of 38 species of elasmobranchs in oceans across the globe.

“For the first time, we have a standardized, global database that we used to fill important knowledge gaps about the diving behaviors of sharks and rays,” said study co-lead author Samantha Andrzejaczek, a postdoctoral fellow in Marine Biology at Stanford. “This will enable better understanding of what fisheries interact with elasmobranchs and how to improve management of many of these long-lived animals.”

According to the scientists, one of the most common movements among elasmobranchs appears to match up with the ocean’s diel (twice per day) vertical migration. At dawn, small fish and invertebrates begin migrating from the ocean’s surface to the safety of darker, deeper waters, where they are followed by their predators. At night, they swim back to the surface to feed.

“We think that sharks and rays in their diel migrations are following food resources up and down the water column,” reported Dr. Andrzejaczek.

About one-third of elasmobranch species frequently dive to deep water. For instance, white sharks (Carcharodon carcharias) were found to dive deeper than 1,200 meters, while whale sharks (Rhincodon typus) have reached a staggering 1,896 meters-deep.

“Deep divers might be looking for food in deeper water or avoiding hunters themselves as potential prey,” said Dr. Andrzejaczek. “Some sharks and rays are small, and some of the biggest sharks and rays will feed on them. We found that 13 species had individuals that dive to more than 1,000 meters, which is extremely deep.” Some of these animals may dive into the depths not only in search of prey, but also to cool down after spending too much time in the warm surface waters.

The scientists also identified overlaps among species in the same vertical spaces, mainly driven by predator-prey dynamics. For example, the oceanic manta ray and whale shark both feed on plankton, and the tiger shark is known to predate on both of these species.

These findings could help elasmobranch conservation efforts by identifying areas where they might be at risk of bycatch or other hazards.

“Human beings are unaccustomed to thinking of habitat in the vertical dimension. We hope this study can make people realize that we need management strategies that incorporate this overlooked dimension of elasmobranch behavior. For example, we could use these data to better understand how sharks and human fisheries interact,” Dr. Andrzejaczek concluded.