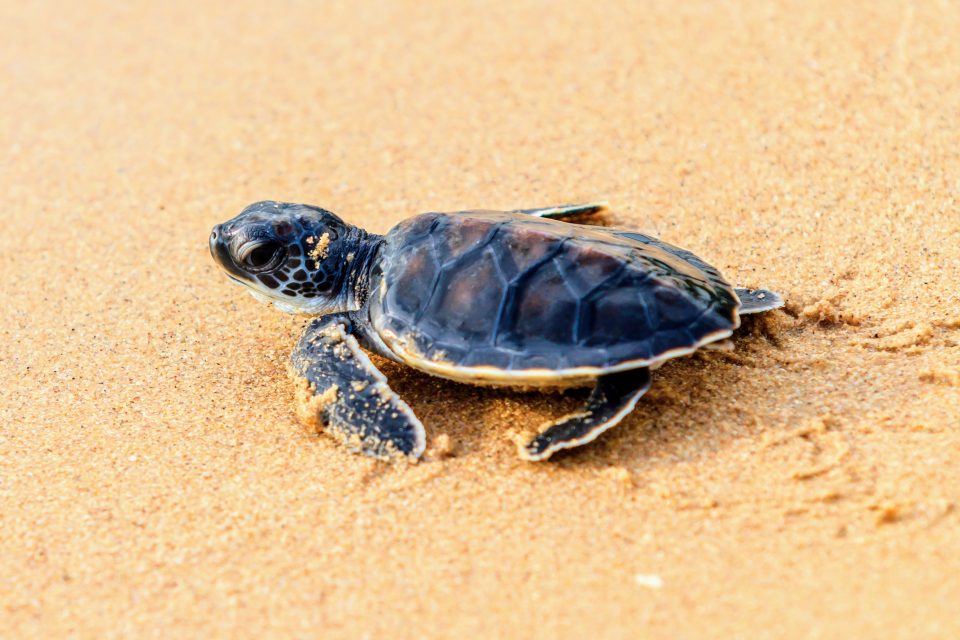 In a new study led by the Australian Institute of Marine Science (AIMS), researchers have used satellite tracking to gain a better understanding of the foraging grounds and migratory routes used by green turtles in Western Australia.

The experts analyzed where turtles spend their time during the nesting season, which will help to identify critically important areas used by the turtles that overlap with industrial activity. The investigation was conducted in an effort to support conservation of the threatened species.

“Satellite tracking studies of marine megafauna have grown over the last few decades,” wrote the study authors. “The number of these individual datasets are now at levels which if combined, can infer on population level movement and spatial use.”

“Here we use this approach to quantify distribution and important areas for one of the largest populations of green turtles in the Indo‐Pacific.”

The researchers tracked 20 female green turtles nesting at beaches in Western Australia, and then combined their data with information on 76 turtles that were tagged in previous studies.

According to AIMS marine ecologist Dr. Luciana Ferreira, the ultimate goal in mapping the green turtle distribution was to provide the knowledge to help reduce the species’ potential interactions with human activities in the resource rich areas of Australia’s northwest.

“Existing spatial protections underestimate the foraging distribution of green turtles and are missing some important areas. It’s really essential for the turtles’ protection if we know where they go and what they do,” said Dr. Ferreira.

The study revealed that green turtles use protected areas during the nesting season, but then migrate to previously unknown foraging grounds where they spend most of their time. Most of the turtles foraged within Australian coastal waters, and only two percent crossed international boundaries.

“We had one turtle that swam to foraging areas in Indonesia,” said Dr. Ferreira. “And two turtles tagged in WA traveled all the way to the Torres Strait.”

“One turtle in the study traveled more than 3,000 kilometers from her nesting area. Interestingly, 14 percent remained in their nesting areas – instead of migrating away they just stayed there.”

Despite differences where they headed off to after nesting, the green turtles shared two common migratory corridors in Pilbara and in the Kimberley region.

Study co-author Dr. Michele Thums said collaboration was crucial to the success of the project. “Satellite tracking is expensive and tracking only a few turtles would not have provided an accurate distribution map,” said Dr. Thums. “Instead, working with industry and turtle scientists in WA we were able to compile data from almost 100 tracked turtles for our analysis.”

Dr. Sabrina Fossette, a research scientist at the WA Department of Biodiversity, Conservation and Attractions, noted that turtles hold cultural, spiritual and economic importance for Indigenous Australians and the results are also of enormous interest to them.

“Turtles feature in many stories, ceremonies, traditions and contemporary activities of Indigenous people,” said Dr. Fossette. “We have a good idea of where green turtles nest in Western Australia but until now we didn’t know a lot about where they go when they leave those areas.”