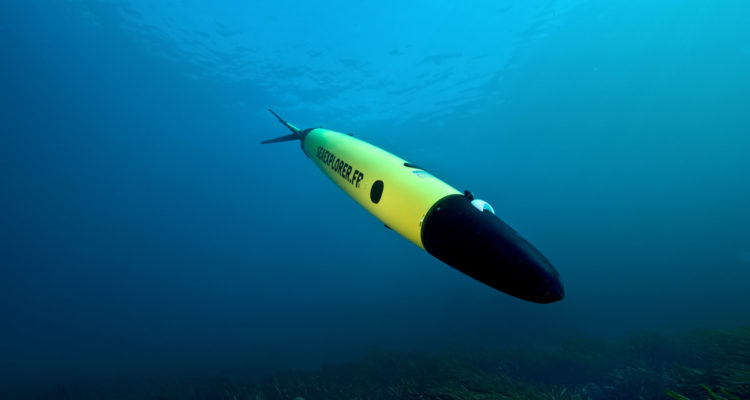 As Hermine worked its way up the East Coast, scientists deployed several underwater drones they say will help them better understand what sustains and strengthens hurricanes and tropical storms – and ultimately better protect life and property.

The ocean gliders, as they are called, resemble yellow-winged torpedoes. They were released into the ocean roughly 100 miles offshore at the continental shelf, where at depths of 100 to 300 feet they measured water temperatures, salinity and density before, during and even after the storm.

Traditional research aircraft that are flown into the eye of a hurricane to take measurements can’t get a read on any of that.

“One reason hurricanes are so hard to forecast is that intensity depends on conditions ahead of and below the storm,” said Glen Gawarkiewicz, an oceanographer at the Woods Hole Oceanographic Institution in Falmouth, Massachusetts.

The robotic gliders, which are remotely controlled from the shore, can delve into the heart of the storm where it’s too dangerous or impractical to send people, and then feed real-time information via satellite to scientists safe on land.

The gliders have been in use for several years now, but this is the third year of the coordinated program funded by the NOAA office of Oceanic and Atmospheric Research. Gawarkiewicz said the latest deployments will give a “look at the continental shelf system in a more holistic manner.”

The most important thing the gliders collect is water temperature, an important tool in predicting storm intensity, Gawarkiewicz said.

If the storm churns up colder water from the deep ocean, it will decrease in intensity.

The data will help forecasters better predict future storms, and perhaps better warn coastal residents when a monster hurricane is about to hit.

Scientists hit the jackpot with Hermine. Although it was a relatively weak hurricane and had been downgraded to a tropical storm by the time it reached waters off the Northeast, it moved slowly and lingered in the Atlantic off the New York/New England coast for a few days, giving scientists a wider window in which to gather data.

The gliders are still out there, collecting post-storm data that will give scientists a picture of what happens weeks after a hurricane or tropical storm passes through, which can affect future weather.

It may take months to fully analyze the Hermine data, but there have already been some surprises, Gawarkiewicz said. For example, the storm drifted farther west than originally predicted, and the data collected may help explain why.