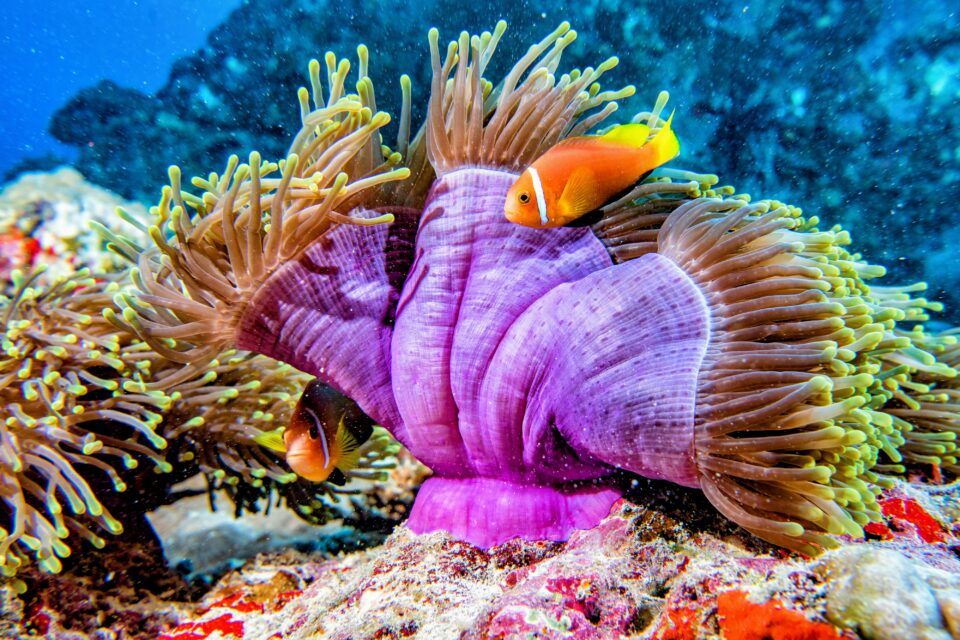 Sea anemones start off life as slightly ovoid, free-swimming larvae and metamorphose into elongated, tubular adults that are stuck to the rock and have tentacles around their mouths. This involves drastic changes in behavior and life form, along with extensive changes to tissues. Although embryonic development has received research attention in the past, and behavior of early embryos has been studied, it is not clear to what extent the physical activity of an embryo influences its own change in body shape.

In the past, scientists wishing to map the connections between dynamic behavior and the body changes that take place during metamorphosis have been hampered by the lack of live imaging strategies that capture the dynamics of this life-history transition. Researchers at the European Molecular Biology Laboratory (EMBL) have now overcome this obstacle using their expertise in live imaging, computational methodology, biophysics, and genetics. They have managed to turn 2D and 3D live imaging into quantitative features to track the changes in the bodies of developing starlet sea anemones (Nematostella). The.results have been published in the journal Current Biology.

The experts established a method of high-throughput live imaging using a specially adapted microscope and observed the changes that occur during the transition from larva to polyp in 707 anemones. This took place over about seven days and the researchers recorded the changes at 5-minute intervals. They found that larval circularity decreased dramatically during the transition, due mostly to a 3–4-fold increase in the length of the polyp body as it became more tubular and developed oral tentacles.

During this time, the sea anemones behaved like hydraulic pumps, taking in water and regulating body pressure through muscle activity. The researchers performed specific patterns of gymnastic movements that put pressure on certain tissues, thereby sculpting the shape of the body as it grew more elongated. Too much or too little muscle activity or a drastic change in the organization of their muscles could deviate the sea anemone from its normal shape.

“Humans use a skeleton made of muscles and bones to exercise. In contrast, sea anemones use a hydroskeleton made of muscles and a cavity filled with water,” said Aissam Ikmi, EMBL group leader. The same hydraulic muscles that help the developing sea anemones move also seem to impact how they develop. Using an image analysis pipeline to measure body column length, diameter, estimated volume, and motility in large data sets, the scientists found that Nematostella larvae naturally divide themselves into two groups: slow- and fast-developing larvae. To the team’s surprise, the more active the larvae, the longer they take to develop.

“Our work shows how developing sea anemones essentially ‘exercise’ to build their morphology, but it seems that they cannot use their hydroskeleton to move and develop simultaneously,” Ikmi said.

The developing anemones use this hydraulic system to remodel their tissues during this time. Through the use of peristaltic waves, squeezing and longitudinal contractions, they stimulate tissue proliferation in some places and cell death in others, thereby changing the layout of their body tissues.

“There were many challenges to doing this research,” explained first author and former EMBL predoc Anniek Stokkermans, now a postdoc at the Hubrecht Institute in the Netherlands. “This animal is very active. Most microscopes cannot record fast enough to keep up with the animal’s movements, resulting in blurry images, especially when you want to look at it in 3D. Additionally, the animal is quite dense, so most microscopes cannot even see halfway through the animal.”

To look both deeper and faster, Ling Wang, an application engineer in the Prevedel group at EMBL, built a microscope to capture living, developing sea anemone larvae in 3D during their natural behavior.

“For this project, Ling has specifically adapted one of our core technologies, Optical Coherence Microscopy or OCM. The key advantage of OCM is that it allows the animals to move freely under the microscope while still providing a clear, detailed look inside, and in 3D.” said Robert Prevedel, EMBL group leader. “It has been an exciting project that shows the many different interfaces between EMBL groups and disciplines.”

With this specialized tool, the researchers were able to quantify volumetric changes in tissue and body cavity. “To increase their size, sea anemones inflate like a balloon by taking up water from the environment,” Stokkermans explained. “Then, by contracting different types of muscles, they can regulate their short-term shape, much like squeezing an inflated balloon on one side, and watching it expand on the other side. We think this pressure-driven local expansion helps stretch tissue, so the animal slowly becomes more elongated. In this way, contractions can have both short-term and a long-term effects.”

To better understand the hydraulics and their function, researchers collaborated with experts across disciplines. Prachiti Moghe, an EMBL predoc in the Hiiragi group, measured pressure changes driving body deformations. Additionally, mathematician L. Mahadevan and engineer Aditi Chakrabarti from Harvard University introduced a mathematical model to quantify the role of hydraulic pressures in driving system-level changes in shape. They also engineered reinforced balloons with bands and tapes that mimic the range of shapes and sizes seen in both normal and muscle-defective animals.

“Given the ubiquity of hydrostatic skeletons in the animal kingdom, especially in marine invertebrates, our study suggests that active muscular hydraulics play a broad role in the design principle of soft-bodied animals,” Ikmi said. “In many engineered systems, hydraulics is defined by the ability to harness pressure and flow into mechanical work, with long-range effects in space-time. As animal multicellularity evolved in an aquatic environment, we propose that early animals likely exploited the same physics, with hydraulics driving both developmental and behavioral decisions.”

“We still have many questions from these new findings,” said Stokkermans. “Why are there different activity levels? How do cells exactly sense and translate pressure into a developmental outcome? Furthermore, since tube-like structures form the basis of many of our organs, studying the mechanisms that apply to Nematostella will also help gain further understanding in how hydraulics play a role in organ development and function.”