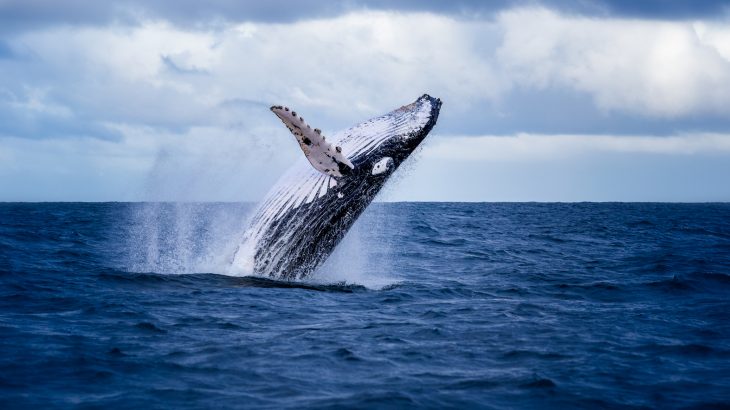 Protecting marine animals may be one of the best ways to thwart climate change, according to Associate Professor of Marine Biology at the University of Alaska Southeast Heidi Pearson. As she explained in a recent feature for The Conversation, turning our attention to protecting carbon sinks — those being places like oceans, forests and wetlands that sequester carbon out of Earth’s atmosphere — is a low-cost, yet powerful strategy to mitigate climate change.

So far, via the Paris Climate Agreement, 28 countries have agreed to protect forests and wetlands. However, no strategy has been put in place to protect carbon storage in oceans, where marine animals do a lot of the carbon sequestering.

Pearson is currently working with UN Environment/GRID-Arendal to study and identify which marine animals could help slow climate change via their biological carbon-storing/removing processes. She and her colleagues have already identified nine examples.

One example is a Trophic Cascade Carbon. Trophic cascades occur when changes at the top of the food chain trickles down to the rest of the chain. So, for example, sea otters, top predators in the North Pacific, feed on sea urchins. Those sea urchins eat kelp that grows on reefs near the shore. And that kelp stores carbon. Therefore, increasing the amount of sea otters will reduce the amount of urchins, thus allowing the kelp forests to grow and store more carbon.

Furthermore, Pearson and her colleagues have also identified Biomass Carbon, which is when carbon is stored in living organisms like whales, who can store massive loads of carbon within their 200-year lifespan, and when they die and sink to the ocean floor, that carbon goes with them, which is called Deadfall Carbon. This carbon will eventually be buried and stored away for millions of years.

Whales are actually vital carbon-storing vessels, as Pearson and her colleagues have found. They can efficiently fertilize carbon-eating phytoplankton with their fecal plumes and nutrient redistribution.

In order for “blue carbon,” that being carbon associated with marine life, as a carbon sink, it must be measured. Luckily, some studies have already quantified how much carbon could be sequestered, however Pearson notes that more must be done to refine prior research and prove that oceans are valuable carbon sinks.

“Many governments and organizations around the world are working to rebuild global fish stocks, prevent bycatch and illegal fishing, reduce pollution and establish marine protected areas,” Pearson wrote. “If we can recognize the value of marine vertebrate carbon, many of these policies could qualify as climate change mitigation strategies.”

Pearson is hopeful that protecting marine vertebrate carbon stocks can and will be added to the Paris Agreement.