Sea turtles recorded their own behavior during a hurricane • Earth.com 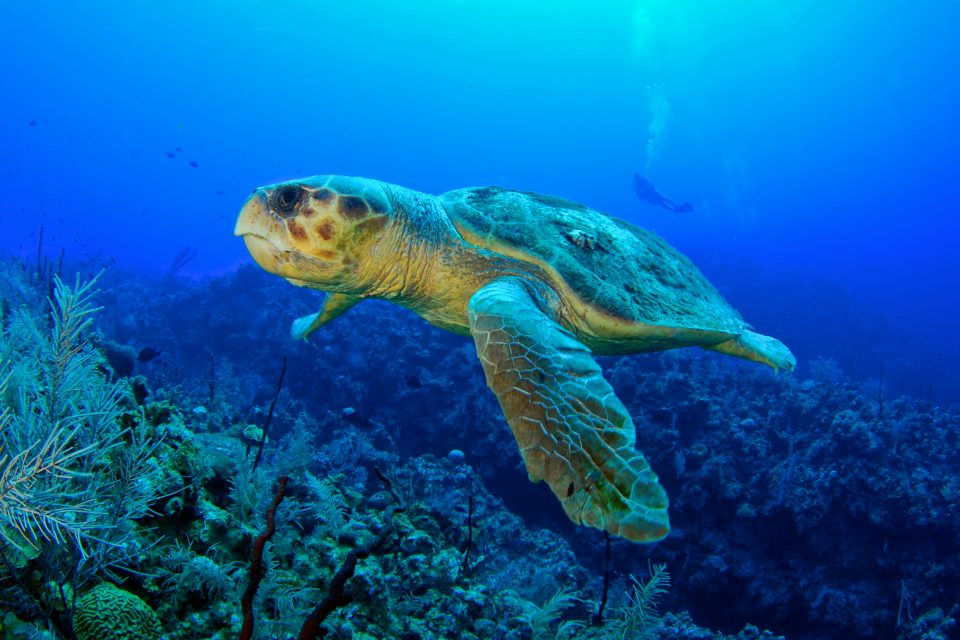 Sea turtles recorded their own behavior during a hurricane

After NOAA scientists placed satellite tags on 26 loggerhead sea turtles in the Atlantic Ocean in 2011, 18 of the turtles ended up in the direct path of Hurricane Irene. The study reveals intriguing details about how both adult and juvenile sea turtles behave in extreme weather conditions.

The tagged turtles were located in the Mid-Atlantic Bight (MAB), a coastal region that spans southern Massachusetts down to Cape Hatteras, North Carolina.

“Hurricanes are some of the most intense weather events loggerheads in the mid-Atlantic experience, and we thought it was worth investigating how turtles in our dataset may be influenced by these dramatic environmental changes,” said Crowe.

“It was a perfect storm situation in terms of location, timing, and oceanographic conditions. We found that the turtles responded to the changes in their habitat in different ways.”

The satellite tags recorded the turtles’ location and dive behavior, as well as sea-surface temperatures for just over a year.

The data showed that the turtles aligned themselves with surface currents and moved northward during the hurricane, which was likely to conserve energy.

“Loggerheads experience environmental changes in the entire water column from the surface to the bottom, including during extreme weather events,” said Crowe. “This study was an opportunistic look at turtle behavior during a hurricane. Their behavior makes loggerheads good observers of oceanographic conditions where they forage.”

Previous studies have found that loggerheads are  sensitive to changes in water temperatures throughout the water column. Hurricanes cause the water layers to mix, which creates cooler surface temperatures. This mixing disrupts the boundary layer between warm surface waters and colder, deeper waters, known as the thermocline.

The researchers found that ocean temperatures recorded by the satellite tags were consistent with observations from weather buoys and autonomous gliders operating in the region.

“We determined that as the storm passed, the tagged turtles altered their dive behavior and movement patterns,” wrote the study authors.

“These observed changes in behavior can provide insight into turtle reactions to other perturbations. The turtle-borne tags also recorded the environmental changes to the water column as the hurricane passed through the MAB, highlighting these data as a valid resource for weather forecasting models alongside other in situ data sources.”

The study showed that turtle behavior did not return to normal within two weeks after the storm.

“The long-term cumulative effects of a changing climate and the increase in intensity of hurricanes and other storms is something that needs to be looked at. Changes in sea turtle movements and behavior can affect abundance estimates and management decisions,” said Crowe. “This study reminds us that turtles live in a dynamic environment, and we cannot assume their behavior will be consistent throughout space and time.”

The researchers concluded that future analysis of turtle behavior should consider the dynamic environments in which they live.