Seashell souvenirs can cause overharvesting of species • Earth.com 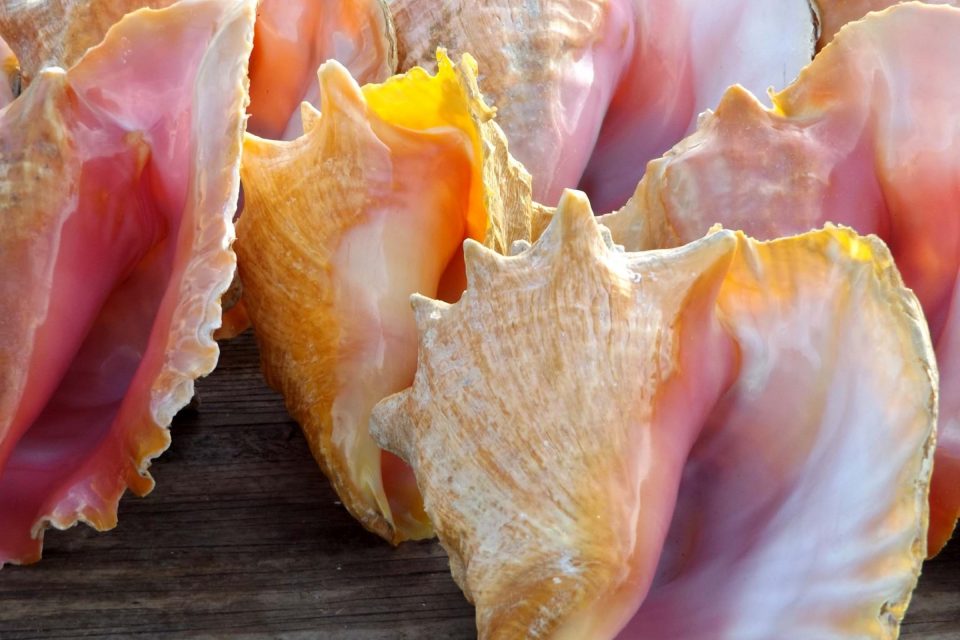 Seashell souvenirs can cause overharvesting of species

Seashell souvenirs can cause overharvesting of species. Seashells are a common souvenir to bring home after a tropical vacation. The shells often have bright hues of colors and curved designs, resembling the beautiful landscapes of the ocean. While seashells may seem like an ethical alternative to souvenirs that exploit animals, some species are facing overexploitation as a result of the shell industry.

Perhaps the most iconic of all seashell souvenirs is the queen conch shell. The spiraled, pink and orange shell is synonymous with a vacation to the Caribbean. Not only is the shell memorizing in appearance, but it also allows travelers to stick their ear into the shell and hear the gentle sounds of crashing waves.

Shopping in marketplaces along the beach, it is easy to forget that the shells available for sale have been used as shelter for marine species. Some shells are simply found along the seashore, sans the accompanying living species. Other animals have been removed from their shells while they are still alive and sold for their meat.

Currently, queen conchs are intensively harvested for both their meat and shells. Since the 1980s, commercial harvesting has ramped up due to increased demand. Fishers mainly target queen conchs for their meat but the shells are seen as a source of additional income. From 1992 to 1999, over 1.6 million queen conch shells were traded internationally.

Overharvesting is currently the primary threat to the species. The queen conch used to be abundant throughout its range, from the Caribbean to Mexico and Florida, but populations have subsequently collapsed in regions.

The queen conch is highly susceptible to overexploitation due to its slow growth rate, occurrence in shallow waters, late maturation and high commercial value. Fishers often catch queen conchs by diving into the waters and catching them by hand. This method allows fishers to capture every individual in an area, according to ocean conservation group Oceana.

Although the harvest in queen conch is regulated in range countries, poaching remains a threat to the species. Additionally, not all regulations are based on the best science, Oceana states.

Queen conchs are far from the only species affected by the souvenir trade. The trade is estimated to include as many as 5,000 species of mollusks.

The chambered nautilus, a prehistoric species known for its circular shell, also faces overexploitation due to the shell industry. The shells of the species are sold internationally for souvenirs, jewelry and home décor.

Despite laws protecting the chambered nautilus from harvest and sale in Indonesia, shell products are easily found. A study on the illegal shell trade in Indonesia found all 12 of marine mollusk species protected by national law available for trade. Chambered nautilus was the second most common species seized by authorities.

The shell trade is subject to varying national and international laws. Tourists who are simply looking for a souvenir may not think to consider the legality of their product before purchasing it. These tourists may inadvertently be violating national and international laws by buying shell products and importing them into their home country. Seashell souvenirs can cause overharvesting of species

Queen conch has been protected by the international treaty, the Convention on International Trade in Endangered Species of Wild Fauna and Flora, since 1992. The chambered nautilus was afforded international protections in 2016. Both species are listed under Appendix II of the treaty, which means that individuals need an export permit proving that the specimen was legally obtained and the export is not detrimental to the survival of the species before they can export the animal or its parts.

Seashells are one of the most commonly seized wildlife products at U.S. ports of entry. Travelers caught with illegal wildlife products could face large delays and fines. According to U.S. Customs and Border Protection, individuals can face up to a $1,000 fine for a first-time offense.

The scale of the shell industry is unknown to many travelers. While people are generally aware of the slaughter of elephants and rhinos for their parts, the plight of mollusk species captured for their shells does not hit the same heartstrings. Mollusks may not be as charismatic as large mammal species but travelers should still take an active role in protecting them from overexploitation by researching relevant laws before traveling and refusing to buy products obtained in an unsustainable manner.