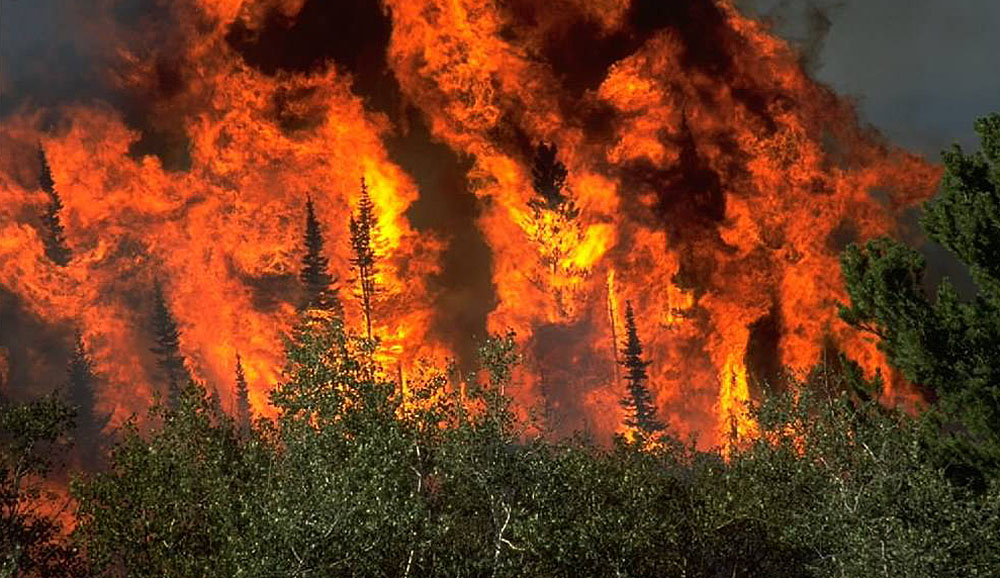 Severe Wildfire Season Causing Respiratory Problems Across The West. Massive wildfires in the West have led to poor air quality across the region, causing respiratory problems for people far from the fire lines as well as grounding firefighting aircraft.

Conditions were starting to improve Tuesday and Rogers said he could see the sun for the first time in a week. Severe Wildfire Season Causing Respiratory Problems Across The West

That sun brought more heat to Washington, where firefighters kept a wary eye on rising temperatures and winds that threatened to expand what’s already the largest wildfire on record in the state. Severe Wildfire Season Causing Respiratory Problems Across The West

Similar concerns existed in Southern California, where temperatures of up to 106 degrees were forecast for interior valleys and deserts – conditions that could accelerate some of the 16 fires that are still burning in the state but posing little serious risk of major destruction.

The U.S. is in the middle of a severe wildfire season with some 11,600 square miles scorched so far. It’s only the sixth-worst going back to 1960, but it’s the most acreage burned by this date in a decade.

So many fires are burning in Washington state that managers are summoning help from abroad and 200 U.S. troops from a base in Tacoma in the first such use of active-duty soldiers in nine years.

Firefighters were grateful that 71 reinforcements had arrived from Australia and New Zealand to help lead efforts to contain the Okanogan fires along the border of Canada.

“`The Aussies are coming!” said Rick Isaacson, a spokesman for the firefighting effort.

The fires, which have claimed the lives of three firefighters, grew by 2.6 square miles on Monday night and have now burned 403 square miles. A total of 1,345 people were battling the flames.

The National Weather Service issued a red-flag warning for the area, saying temperatures were expected to climb into the 90s as humidity dropped and winds gusted to 20 mph. Thunderstorms were possible later in the week.

“Hot, dry and unstable conditions will create an environment conducive to increased growth on existing wildfires,” the Weather Service said.

Fires also were burning in Montana and Idaho, where an atmospheric inversion was holding heavy smoke over western Montana, robbing wildfires of oxygen and preventing the sun from heating ground fuels.

The conditions dirtied the skies but also helped crews make progress on blazes near Noxon, Montana, and Clark Fork in northern Idaho.

Residents near Essex, Montana, remained under an evacuation advisory as a wildfire burned on the southern edge of Glacier National Park.

In Central California, nearly 200 firefighters were treated for allergic reactions to poison oak while battling a 5-square mile blaze on the coast.

The dreaded plant is so ubiquitous in the steep wilderness of San Luis Obispo County that crews can’t avoid it, said Bennett Milloy, spokesman for the California Department of Forestry and Fire Protection.

Keith Ridler contributed to this story from Boise, Idaho.