Shellfish are migrating away from safety as the ocean warms • Earth.com 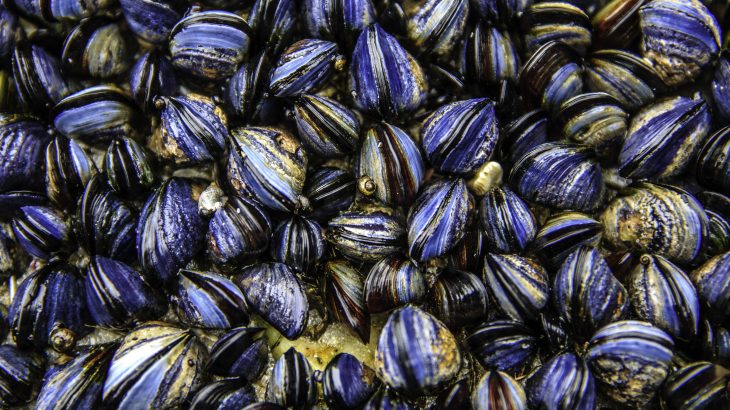 Shellfish are migrating away from safety as the ocean warms

Shellfish will find it very hard to escape ocean warming because they are migrating the wrong way. Bottom-dwelling creatures like sea scallops, blue mussels, and quahogs are responding to climate change by moving into warmer waters.

In a new study, experts at Rutgers University have discovered the reason for these wrong-way migrations, which threaten the survival of some commercially important shellfish.

The researchers found that rising ocean temperatures are advancing the timing of spawning among shellfish, snails, starfish, and other invertebrates. This results in the earlier release of larvae that are pushed into warmer waters by ocean currents.

The team analyzed six decades of data for 50 species of bottom-dwelling invertebrates. They found that about 80 percent have disappeared from the Georges Bank and the outer shelf between the Delmarva Peninsula and Cape Cod, including off the coast of New Jersey.

The marine species that are moving in the wrong direction toward warmer waters share a few important traits, according to the researchers. They are weak swimmers and rely on ocean currents for transportation as larvae, and they tend to be sedentary or fixed to the seafloor as adults.

Warming waters have caused the fish to spawn earlier in the spring or summer, which exposes the larvae to patterns of wind and water currents they would not normally experience.

The currents push the larvae into even warmer waters to the southwest and inland, and they are less likely to survive. Furthermore, the adults remain in the areas, and get caught up in a reinforcing feedback loop in which the waters are even warmer and so is the timing of spawning.

The researchers compare this phenomenon to “elevator-to-extinction” events, such as when butterflies and birds respond to warmer temperatures by shifting uphill into cooler areas until they are completely eliminated from the regions they once inhabited.

Shellfish and other bottom-dwelling invertebrates could potentially thrive in cooler regions, but the earlier currents prevent weak-swimming larvae from reaching safety.

The researchers noted that further research is needed to determine whether the effects are similar on the U.S. Pacific coast or other ocean areas.