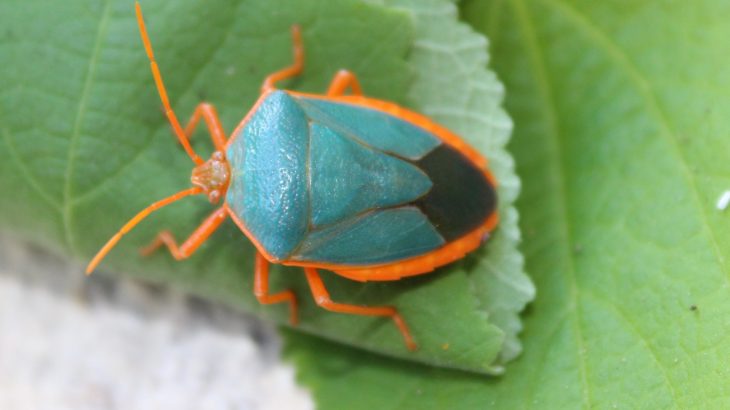 Shield bugs shift their colors in adulthood to avoid predators

Shield bugs transform into different colors throughout their lives to avoid predators, according to a new study from the University of Melbourne. The researchers discovered that it is impossible to predict the appearance of adult shield bugs based on their colors in early life.

“We found that in most species, the same individual bug will use different color combinations as nymphs – young bugs – and adults, going for example from red and green to yellow and green,” said study lead author Dr. Iliana Medina.

“This is significant because many of these species use color to warn predators that they are distasteful, and for years it has been thought that animals living in the same environment – like nymphs and adults of the same species – should use similar warning colors, not different ones.”

The researchers conducted experiments to assess how quickly two-week-old chicks could learn to avoid nymphs and adults. They also tested whether previous encounters with adults would reduce the number of times the chicks attacked the young shield bugs.

“Our experiments with the cotton harlequin bug showed that predators could quickly learn to avoid both types of color signals from nymphs and adults, but nymphs get a larger benefit,” said Dr. Medina.

“Although young and adult cotton harlequin bugs have different colors, previous experience with adults make chicks less likely to attack the nymphs. Also, chicks and wild predators that have never seen the insects before do not show much interest in eating them. The colors in these insects are a great strategy against predators.”

Bright colors are used by many animals to alert predators to unpleasant taste or toxicity. It would seem that these warning signals would be consistent in the same environment so predators could learn to avoid one pattern instead of many different ones.

In some cases, distantly related species have mimicked each other’s warning colors, such as black and red or black and yellow. However, the researchers explained that there are multiple examples of variation in local warning signals and an overlooked type of variation is that which occurs across life stages.