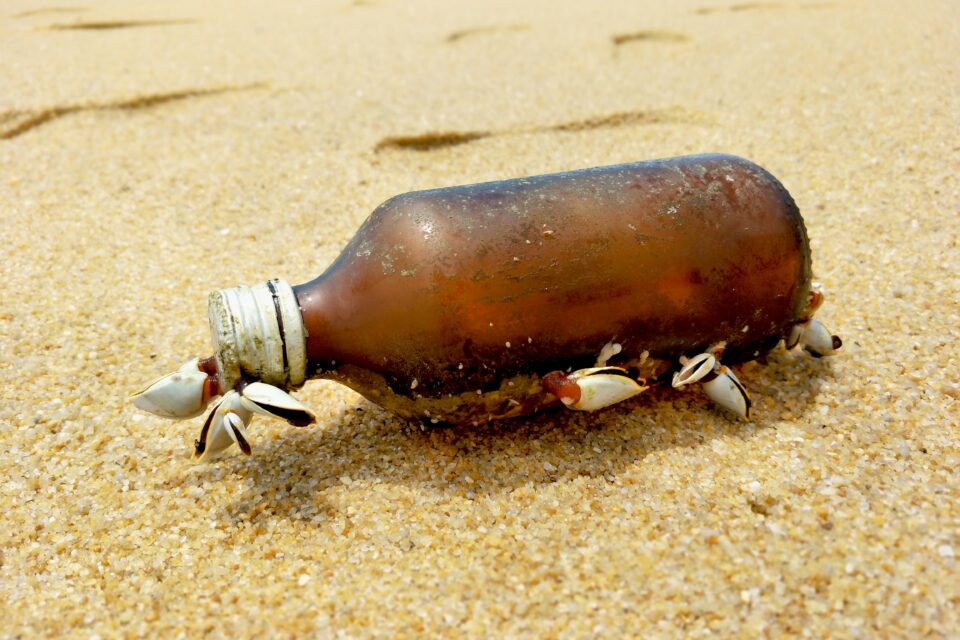 For over two thousand years, humans have been aware that worm-like mollusks called shipworms are responsible for damaging wooden boats, docks, and piers. However, new research from the University of Massachusetts has taught us something new – how shipworms eat.

Reuben Shipway, an adjunct assistant professor in Microbiology and one of the study’s authors, could not believe what he had learned. “The ancient Greeks wrote about them, Christopher Columbus lost his fleet due to what he called ‘the havoc which the worm had wrought,’ and, today, shipworms cause billions of dollars of damage a year.”

The crux of the conundrum is that cellulose, the nutritious part of wood, is encased within a dense and difficult-to-digest layer of lignin. “Imagine a really thick, unbreakable eggshell,” said study senior author Professor Barry Goodell.

Specific types of fungi possess enzymes that can digest this “indigestible” lignin. It has been assumed that shipworms may also possess these enzymes within the symbiotic bacteria found in their gills. “We thought that the bacteria were doing the work,” said Professor Goodell, “but we now know they are not.”

The mystery of exactly how shipworms break down the lignin has been puzzling scientists for years. “I combed through the entire genomes of five different species of shipworm,” stated study lead author Stefanos Stravoravdis, who was looking for specific protein groups which create the lignin digesting enzymes. “My search turned up nothing.”

Whilst these research findings bear more questions than answers, the team is beginning to unravel the mystery. They will be publishing more research in the near future that will finally answer the question of how shipworms eat wood. “We need to understand this process,” said Stravoravdis.

The research was supported by a range of scientific bodies including; National Institute of Food and Agriculture; the National Science Foundation; the Center for Agriculture, U.S. Department of Agriculture; the UMass Amherst microbiology department; and Food and the Environment.