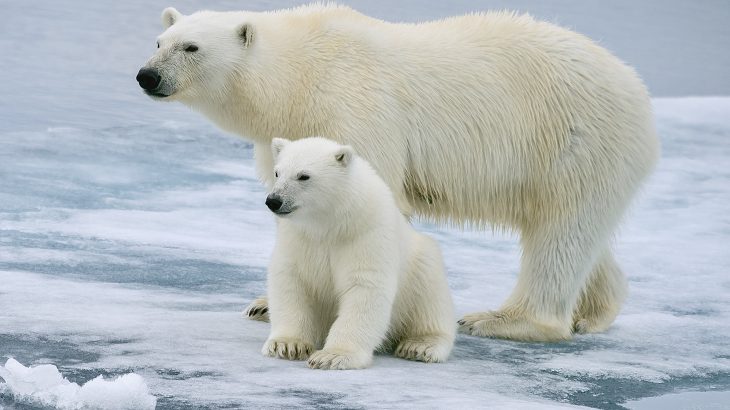 Rapid warming in the Arctic threatens the survival of marine mammals that depend on sea ice, particularly polar bears and narwhals, according to a new report from The Company of Biologists.

Study co-authors Anthony Pagano and Terrie Williams explained that polar bears and narwhals are especially vulnerable to sea ice deterioration due to their unique hunting behaviors and diet, as well as their physiological adaptations for slow-aerobic exercise. The experts said that these intrinsic characteristics limit the ability of the animals to respond to extrinsic threats associated with environmental change in a warming Arctic.

In a phenomenon known as Arctic amplification, the Arctic is currently warming at more than double the rate of the rest of the planet. As a result, the extent and volume of Arctic sea ice is rapidly declining.

“In addition to direct environmental impacts, the continued decline in Arctic sea ice may indirectly affect wild animals through increased anthropogenic activity in the Arctic including shipping, fisheries and resource extraction activity,” said the researchers.

Pagano and Williams measured the energetic cost of movement for narwhals and polar bears and found that major ice loss translated into a large increase in energy consumption. This higher energy demand – combined with the loss of access to seals, the polar bear’s main food source – leaves them vulnerable to starvation.

“A polar bear would need to consume approximately 1.5 caribou, 37 Arctic char, 74 snow geese, 216 snow goose eggs (i.e. 54 nests with 4 eggs per clutch) or 3 million crowberries to equal the digestible energy available in the blubber of one adult ringed seal,” explained the study authors. In other words, there are few resources on land within the polar bears’ range that can compensate for losing access to seals.

“In assessing how sea ice loss may differentially affect polar bears that hunt on the ice surface and narwhals that hunt at extreme depths below, we found that major ice loss translated into elevated locomotor costs that range from 3- to 4-fold greater than expected for both species,” wrote the study authors.

“For polar bears this instigates an energy imbalance from the combined effects of reduced caloric intake and increased energy expenditure. For narwhals, high locomotor costs during diving increase the risk of ice entrapment due to the unreliability of breathing holes.”

Beyond the risk of becoming trapped beneath the ice, narwhals swim at a slow pace that makes them vulnerable to attacks by killer whales in open water.

The experts concluded that the physiological constraints of polar bears and narwhals, coupled with their reliance on sea ice, make these two marine mammals “sentinels of climate change within the Arctic marine ecosystem that may foreshadow rapid changes to the marine ecosystem.”