Scientists discover how to silence genes, could prevent disorders • Earth.com 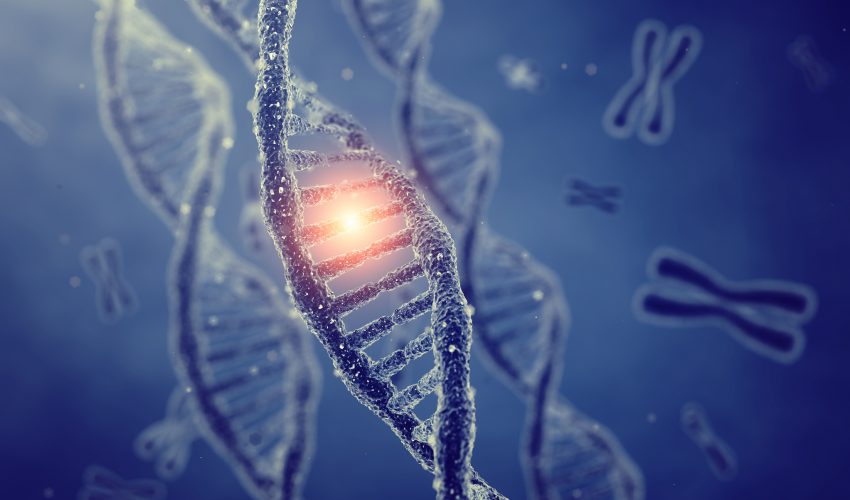 Scientists discover how to silence genes, could prevent disorders

Imprinted genes regulate fetal growth and development. These genes are expressed by either the egg or the sperm, and the gene that is not expressed must be silenced by cells in the body in order to prevent complications such as developmental or neurological disorders. Scientists have now discovered a new way that cells manage to turn off imprinted genes – by chemically tagging histones, proteins that organize DNA into units called nucleosomes.

According to a report published today in the journal Nature, Yi Zhang of Howard Hughes Medical Institute and Harvard Medical School led a team of researchers in the study. The team managed to turn off the activity of imprinted genes in mice by modifying the histone known as H3K27. Zhang explained that this discovery could provide insight into developmental disorders associated with assisted reproduction practices such as in vitro fertilization, which scientists have noted are occurring more frequently. This finding may also be used to improve the process of cloning animals.

Humans obtain two working copies of most genes during reproduction, inheriting one from each parent. For a small number of genes known as imprinted genes, however, people receive only one working copy. The other copy is turned off or deactivated. The mechanism involved in this imprinting process has long been a central focus of gene regulation research, according to Zhang.

Until now, scientists were aware of only one cellular mechanism that keeps these genes inactive by supplying the DNA with small molecules called methyl groups. Zhang and his team have found that cells can also silence imprinted genes by adding methyl groups to histones. The research identified 76 genes in mice that may belong to this class of developmental genes.

Imprinting problems can lead to developmental abnormalities. These include Angelman syndrome, which causes learning difficulties, speech problems, and seizures. Beckwith-Wiedemann syndrome is also a risk of imprinting issues, and can cause overgrowth of the baby during pregnancy and lead to various birth defects.

Zhang explained that researchers still have much to learn about the imprinting process and the genes involved. He added that the discovery of a new mechanism for shutting down imprinted genes also raises many provocative questions.

“We believe our study will open up a new field of research,” said Zhang.