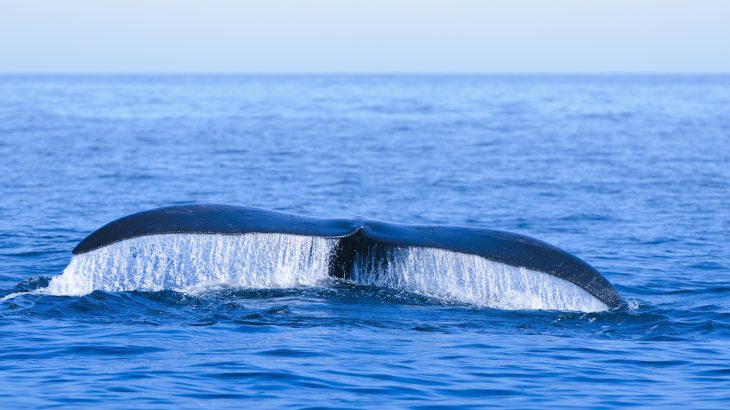 Severely endangered North Atlantic right whales have been dealt another dangerous blow to their numbers as this past month, half a dozen right whale deaths have been reported in the Gulf of St. Lawrence off the coast of Canada.

Three of the deaths have been attributed to collisions with ships, and some of the whales have been identified as females, which is especially troubling given that only 100 reproductive females remain.

There are about 400 remaining North Atlantic right whales left, and if these deaths foretell a trend, it could lead to disastrous population declines.

Governmental officials and scientists, as well as conservationists, are on high-alert.

2017 saw an unusually large number of dead stranded whales (17), and in recent years there have been few new calves.

One reason that more whales are getting stranded and colliding with ships is that ocean warming and food availability are driving the whales to move to unprotected areas, according to researchers from the Bigelow Laboratory for Ocean Sciences in Maine.

“Animals like whales that have to figure out where their food is, they have to figure out a new environment as they go,” Nick Redor from the Bigelow Laboratory told the Associated Press. “You can almost think of the whales like climate migration.”

The recent deaths are alarming for researchers who worry that the species may soon be on the brink of extinction again.

To help protect the whales, a speed restriction is in place where the right whales have been hit, and the Fisheries and Oceans Canada is monitoring the area and increasing surveillance.

The National Oceanic and Atmospheric Administration’s National Marine Fisheries division has called for a meeting with the Canadian Government to ensure that there are no more unnecessary whale deaths and protect the whales in vulnerable areas.