What the skull of our oldest Homo sapien ancestor looked like • Earth.com 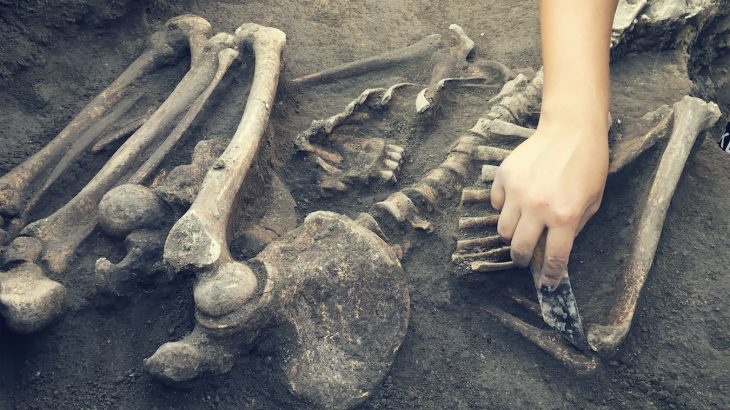 What the skull of our oldest Homo sapien ancestor looked like

Homo sapiens first arose in Africa around 300,000 years ago, but researchers are still working to piece together the origin and evolution of our species.

Few fossils less than 500,000 years old have been discovered in Africa, there are gaps in the fossil record before Homo sapiens came onto the scene.

By creating virtual 3D skull models, the researchers were able to expand the fossil pool and fill in the gaps of humanity’s evolutionary history.

The researchers first measured 26 skulls of hominins from 29 different populations and identified links between cranial dimensions and each population’s location on the phylogenetic tree.

Once this relationship was established, the researchers were able to predict the skull dimensions of the ancestor of all Homo sapiens groups and create a corresponding virtual model dating back to roughly 300,000 years ago.

Surprisingly, the ancient skull had modern features including a round cranium, high forehead, and similar morphology to skulls dating back to 100,000 years.

After the model was created, the researchers compared the 3D rendering to five African fossils which date back to 130,000 to 350,000 years ago, corresponding with the first appearance of Homo sapiens in Africa.

The researchers theorize from the skull dimensions and comparisons that Homo sapiens arose through interbreeding between populations in South and East Africa. North African populations, though, are believed to have interbred with Neanderthals as early humans spread into Europe.

The study supports the idea that a second migration out of Africa led to the successful spread of Homo sapiens into Europe, Asia, and later the Americas.

The researchers published their findings in the journal Nature Communications.