Slowdown of Atlantic circulation system could have major impact on climate • Earth.com 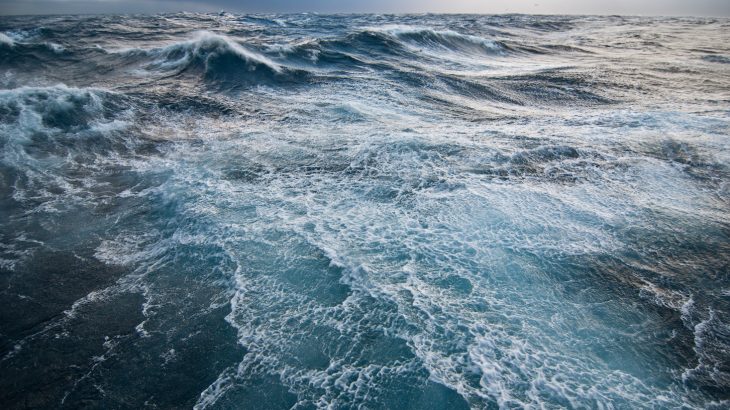 Slowdown of Atlantic circulation system could have major impact on climate

When a steady pattern of alternating freezing and warm periods abruptly changed on Earth a million years ago, ice ages became more intense with a longer duration. Many scientists attribute this shift to slower activity in a key Atlantic Ocean current system that is slowing down again today.

The Atlantic meridional overturning circulation (AMOC) flows northward near the surface, moving warm water from the equator toward Greenland and northern Europe, where it mixes with colder water from the Arctic. As the water becomes denser and sinks down below, it takes large amounts of carbon absorbed from the atmosphere along with it.

The deep ocean water then circles back south, where much of it re-emerges in the Southern Ocean and releases carbon back into the air. This full cycle takes decades or even centuries to complete.

A 2014 study by geochemist Steven Goldstein and Leopoldo Pena of the Earth Institute at Columbia University showed that this current abruptly slowed around 950,000 years ago. In a new study involving the same co-authors, researchers have directly tied the slowdown of the AMOC to a huge buildup of carbon in the deep Atlantic, and to a corresponding decline of carbon in the air. 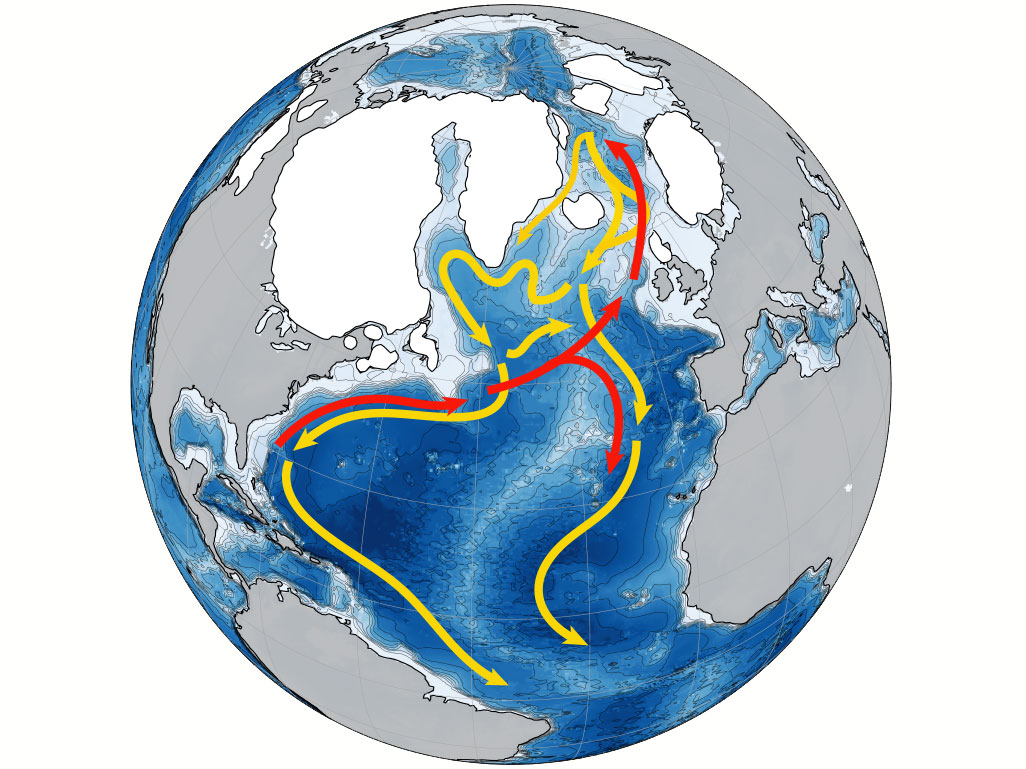 This phenomenon likely triggered a series of ice ages that began to take place every 100,000 years, as opposed to previous ones that occurred about every 40,000 years. While no one knows why the pattern continued, the study demonstrates that the carbon missing from the air ended up in the ocean and dramatically changed the climate.

“It’s a one-to-one relationship. It was like flipping a switch,” said study lead author Jesse Farmer. “It shows us that there’s an intimate relationship between the amount of carbon stored in the ocean, and what the climate is doing.”

Although the strength of the AMOC is thought to fluctuate naturally, it seems to have now weakened by 15 percent since the mid-20th century. Another recent Columbia study showed that a slowdown around 13,000 years ago was followed 400 years later by an intense cold period that lasted for centuries.

“We have to be careful about drawing parallels with that,” said Farmer, who is now a postdoctoral researcher at Princeton University. “We see a similar weakening today, and one might say, ‘Great! Ocean circulation is going to save us from warming climate!’ But that’s not correct, because of the way different parts of the climate system talk to each other.”

Farmer explained that if the weakening of the AMOC continues, it is likely that less carbon-filled water will sink in the north. At the same time, any carbon arriving deep in the Southern Ocean will likely keep bubbling up without any problem. This will result in carbon building in the air, and not in the ocean.