Small dogs have a gene mutation that existed in ancient wolves • Earth.com 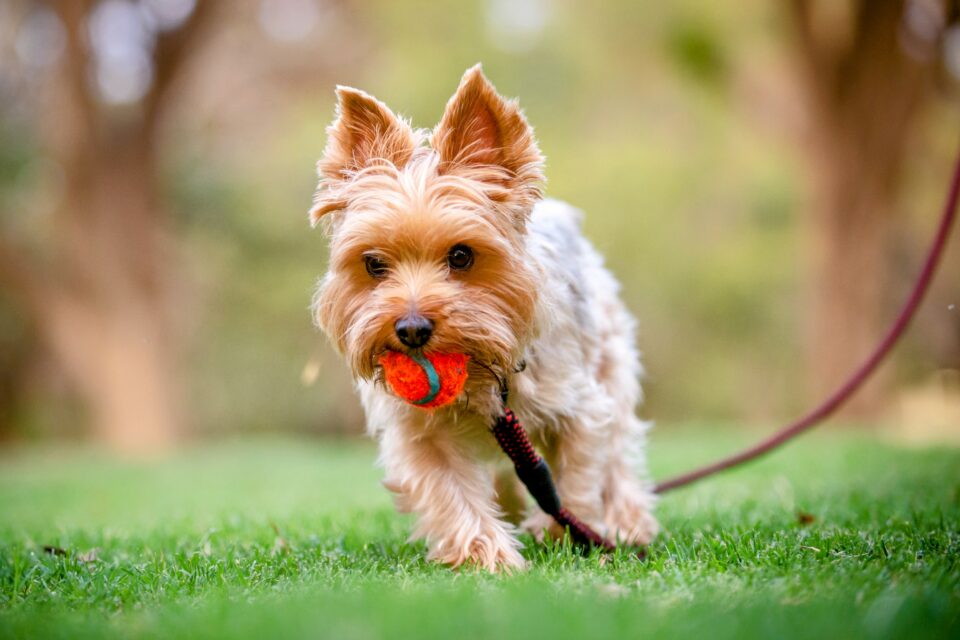 Domestic dogs show more variation in body size than any other mammal on Earth. There is a 40-fold difference in size between the smallest and largest breeds of dogs. Variations in size have been selected for by humans, particularly in the past 200 years, while wolves, from which dogs originated, have maintained a constant size.

Since wolves are fairly large, people believed that ancestral dogs were also this size at the start of domestication. It is commonly understood that small dogs, such as Pomeranians and Chihuahuas, were selectively bred after domestication because humans wanted cute little companions.

However, scientists from the National Institutes of Health (NIH) have recently identified a mutation in a gene that regulates the production of growth hormone in dogs. The researchers found that this genetic mutation is present in the genes of dogs with small bodies, but was also present in wolves more than 50,000 years – long before domestication took place.

By analyzing 200 different breeds of dogs, the experts identified around 20 genes that are associated with the regulation of body size in dogs. These genes are involved in regulating skeletal development, insulin processing and fatty acid metabolism, among other functions. Of these genes, insulin-like growth factor 1 (IGF-1) controls 15 percent of body size variation in different dog breeds and has a major role in determining body size.

However, after more than ten years of investigation, the researchers had not been able to identify a functional mutation associated with IGF-1. That was until Jocelyn Plassais, a postdoc student in geneticist Elaine Ostrander’s lab in Maryland, suggested that they search for sequences around the gene that were positioned backwards. She identified the mutated allele in this way and the researchers then analyzed the genomes of 1,431 individual canids from 13 different species, to track the history of this mutated form of the IGF1 gene.

The researchers also collaborated with evolutionary biologists Greger Larson, at Oxford University, and Laurent Franz, at Ludwig Maximilian University, to examine ancient wolf DNA to see when the IGF-1 mutation first appeared. Scientists have theorized that dogs started out large and became smaller about 20,000 years ago, when they were domesticated, but this discovery presents the possibility of a new evolutionary narrative.

The analysis of ancient wolf DNA revealed that the mutated form of the IGF-1 gene was indeed present in the DNA of a 54,000-year-old Siberian wolf (Canis lupus campestris), long before domestication took place.

“It’s as though Nature had kept it tucked in her back pocket for tens of thousands of years until it was needed,” said Ostrander.

The mutated form was found not only in dogs and wolves, but also in other species of the canid family, including coyotes, jackals, and African hunting dogs.

“This is tying together so much about canine domestication and body size, and the things that we think are very modern are actually very ancient,” explained Ostrander.

It seems that the ancestral form of the gene is associated with small body size, while a derived form of the gene gave rise to larger body size and is currently commonly found in gray wolves and large dogs. The allele associated with small body size is thought to have almost become extinct during Pleistocene times when the wolves of the time vanished. But the allele made is reappearance more recently when humans began to selectively breed smaller dogs.

Ostrander and her team plan to continue to investigate the genes that regulate body size in dogs. “One of the things that is pretty cool about dogs is that because they have evolved so recently there aren’t actually a lot of body size genes.”

Canids have only 25 known genes that regulate body size, compared to several hundred in humans. “I really want to understand the whole continuum – from Chihuahuas to Great Danes,” said Ostrander.