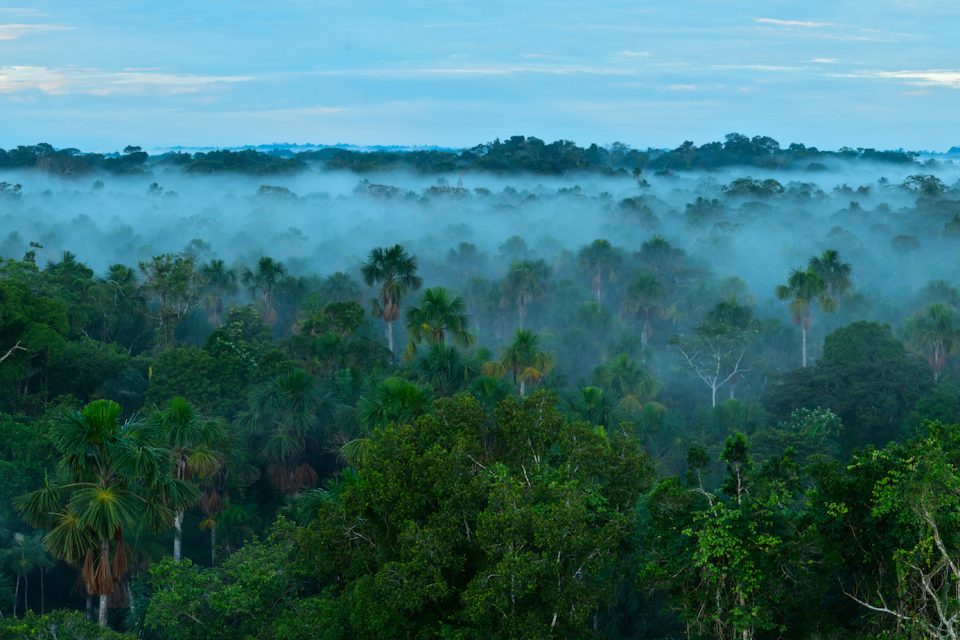 Smoke from fires in Africa help fertilize the Amazon basin

New research has revealed that smoke from fires in Africa is actually fertilizing the Amazon rainforest.

Researchers from the University of Miami discovered that phosphorus from smoke carried by winds across the ocean to the Amazon Basin is the most important fertilizer for both the rainforest and marine phytoplankton.

Without these nutrients deposited on land and into the ocean, plants and marine life would struggle.

“It had been assumed that Saharan dust was the main fertilizer to the Amazon Basin and Tropical Atlantic Ocean by supplying phosphorus to both of these ecosystems,” said Cassandra Gaston, the senior author of the study. “Our findings reveal that biomass burning emissions transported from Africa are potentially a more important source of phosphorus to these ecosystems than dust.”

For the study, the researchers collected and analyzed aerosol particles that were trapped by filters placed on a hilltop at the northern edge of the Amazon basin.

The team calculated how much dust and phosphorus was caught by the filters and used satellite tools to track smoke moving through the atmosphere.

By tracking smoke patterns, the researchers were able to model the path of smoke containing high levels of phosphorus transported from Africa and calculate how much of that phosphorous made its way to the Amazon and ocean.

The team found that brush fires and land clearing fires in Africa are a critical source of phosphorus for the Amazon and are potentially even more important than dust from the Sahara.

“To our surprise, we discovered that phosphorus associated with smoke from southern Africa can be blown all the way to the Amazon and, potentially, out over the Southern Ocean where it can impact primary productivity and the drawdown of carbon dioxide in both ecosystems,” said Anne Barkley, the lead author of the study.

The study, published in the journal Proceedings of the National Academy of Sciences, highlights the important role that aerosols play in climate and other key processes.

“Aerosols play a major role in Earth’s climate, however, there is a lot that we don’t understand regarding how they affect radiation, clouds, and biogeochemical cycles, which impedes our ability to accurately predict future increases in global temperature,” said Gaston. “These new findings have implications for how this process might look in the future as combustion and fire emissions in Africa and dust transport patterns and amounts change with a changing climate and an increasing human population.”