Snakes carry signs of wetland contamination in their livers • Earth.com 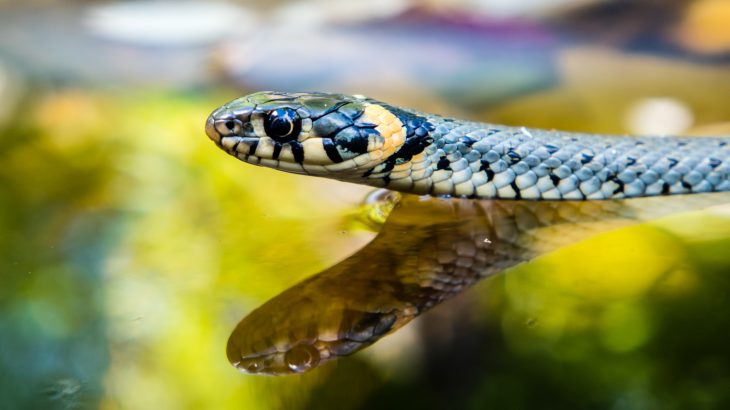 A new study from Curtin University demonstrates how snakes can serve as an indicator species to measure the health of local ecosystems, including wetland contamination.

The research was focused on tiger snakes in urban wetlands throughout the city of Perth. The experts found that these snakes have toxic heavy metals building up in their livers, indicating that the wetlands are highly contaminated.

While some heavy metals in wetlands occur naturally, the concentrations discovered in Perth’s wetlands are too high to be tied to natural sources.

Study lead author Damian Lettoof is a PhD candidate in the School of Molecular and Life Sciences at Curtin University.

According to Lettoof, not only were the snakes’ livers shown to contain high levels of toxic metals, but sediment samples collected at various wetland sites contained amounts of arsenic, lead, mercury, and selenium that exceeded government guidelines.

“Wetlands areas are usually situated at low points in the landscape, so unfortunately, a lot of urban run-off ends up in them. Generally speaking, the longer the wetland has been urbanized, the higher the levels of pollution.”

“It’s important to note that many heavy metals exist naturally in the wetlands sediment and surrounding rocks, in low concentrations, which may cause some heavy metals to leach in to the wetlands environment.”

“However, the high concentrations of heavy metals we found in the snakes’ livers and sediment samples suggest urbanization and human-induced pollution are the cause, and consequently could be affecting local snake populations.”

Snakes residing in Perth’s most urbanized wetland, Herdsman Lake, had the highest levels of contamination in their livers.

“Snakes tested from Herdsman Lake also had the highest concentration of the metal molybdenum ever reported in a terrestrial reptile, in the world,” said Lettoof.

“Continuous, chronic exposure to contaminants can have a range of impacts on the health and behavior of animals. The contaminated populations could be suffering poorer health conditions, leading to shorter lifespans, higher predation, and ultimately, local extinction with cascading consequences such as reduced local biodiversity.”

Tiger snakes are a top predator in the wetlands and have most likely ingested the metals by eating frogs, which are very sensitive to contaminants.

The study is published in the journal Archives of Environmental Contamination and Toxicology.