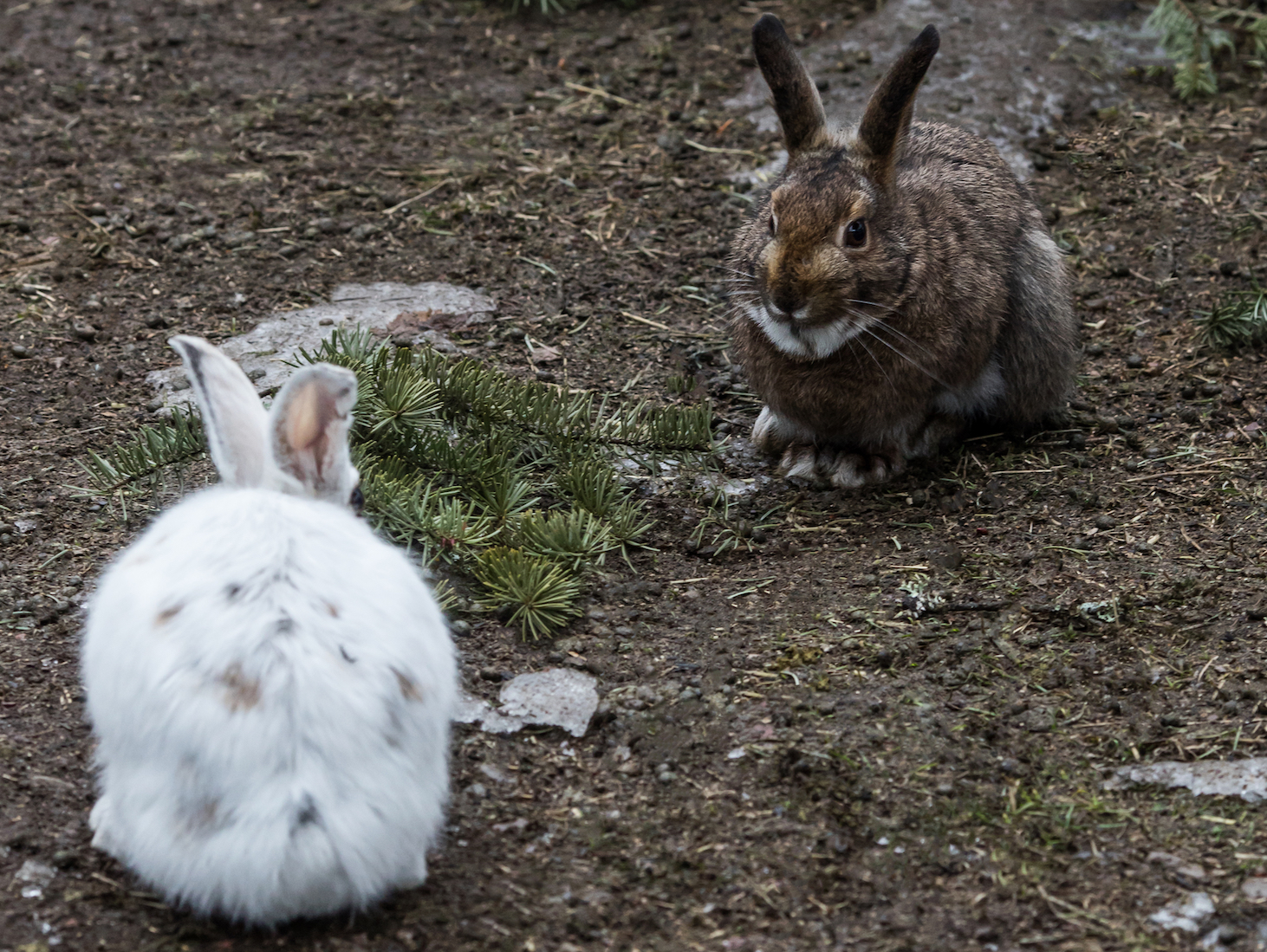 A team of scientists led by the University of Montana has found that snowshoe hares have inherited the ability to produce brown coats through hybridization with jackrabbits. This adaptation is critically important for concealment in some regions.

The researchers wanted to investigate how snowshoe hares have the ability to molt to a white coat in regions with prolonged winter snow cover, but keep their brown fur year-round across the mild coastal environments of the Pacific Northwest.

“Like other seasonal traits, the autumn molt in snowshoe hares is triggered by changes in day length,” said study lead author Professor Jeffrey Good. *But the color of their winter coat is determined by genetic variation that has been shaped by evolution to match the local presence or absence of snow.”

The team discovered that, during the autumn molt, genetic variation at a single pigmentation gene controls the development of brown or white winter coats in snowshoe hares.

“This result is exciting because it shows that critical adaptive shifts in seasonal camouflage can evolve through changes in the regulation of a single gene,” said study co-author Matthew Jones.

He explained that this finding came along with another unexpected discovery.

“When we looked at the same gene in other closely related species, we found that the brown version of the gene in snowshoe hares was recently acquired from interbreeding with black-tail jackrabbits, another North American species that remains brown in the winter.”

In snowshoe hares, breeding with with black-tailed jackrabbits provided critical coat color variation that was needed to adapt in regions where winter snow is low or nonexistent.

“Brown winter coats are currently rare across the range of snowshoe hares,” said Professor Good. “If snow cover continues to decrease due to climate change, brown winter coats may become more common in the future and play a critical role in the resilience of this species. These discoveries are helping us understand how organisms adapt to rapidly changing environments.”